The Germanwings tragedy in which 144 people are feared killed happened freakishly close to another French Alps air disaster, more than half a century ago. 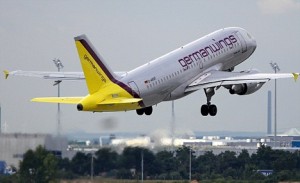 Rescue efforts have begun for survivors of the Germanwings flight, but French president Francois Hollande has warned there is little hope of finding any of the passengers alive.

The incident – and the president’s grim prognosis – are haunting echoes of another air crash in 1953, which unfolded only one kilometre away in the rocky summits of the mountain range.

On that September day more than 60 years ago, a total of 44 people were killed in near identical circumstances when their passenger flight plummeted from the skies. Today, the body count is feared to be nearly three times that number.

The Aviation Safety Network (ASN), has reported that in 1953 an Air France Lockheed L-749A Constellation went down near to Barcelonette – where scores of people are today feared to lay dead on the snowy slopes from the new tragedy.

Of last century’s crash, the ASN wrote: “A Lockheed L-749A Constellation, F-BAZZ, was destroyed when it crashed into the side of Mont Le Cimet (3020 m), 80 km northwest of Nice, France.

“All 33 passengers and nine crew members were killed. Among the passengers a famous French violinist, Jacques Thibaud.

“The airplane had initiated its descent for Nice when it struck the mountainside. Investigators concluded that the flight had deviated from the planned course for unknown reasons.”

What caused the Germanwings plane crash during a flight between Barcelona and Dusseldorf in Germany are currently unknown. However, reasons should become clear as investigators reach the remote site, thanks to modern technology such as the black box recorders. Hopefully this means there shall be no “reasons unknown” this time.

Unfortunately, the human tragedy is another sad echo between the Germanwings crash and the 1953 disaster, in nearly exactly the same spot. It has been writ large on the faces of distraught loved ones of passengers who have gathered at Dusseldorf airport to await news.

Among the dead are 16 school children and their teachers, from Haltern, near Dusseldorf, in Germany. In total, 67 Germans and 45 Spaniards are believed to have been killed in the disaster.

Why We Must Ban Islam

Why We Must Ban Islam I think 3rd World War has already begun between civilization and barbaric death cult Islam....