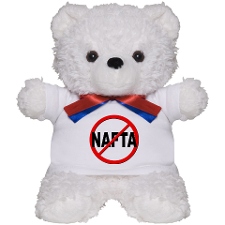 Suppose he never intended to bring about a jobs recovery?

Suppose he’s been actively against it for at least six years?

That was never, ever Obama’s agenda.

And people who think it is are being betrayed.

There are several ways to show this, but perhaps the most important way is to sketch in the effects of the TPP (Trans-Pacific Partnership), which Obama is fully supporting and fronting for and defending.

He wants Congressional approval for the TPP this year.

“The TPP is a massive, controversial ‘free trade’ agreement currently being pushed by big corporations and negotiated behind closed doors by officials from the United States and 11 other countries – Australia, Brunei, Canada, Chile, Japan, Malaysia, Mexico, New Zealand, Peru, Singapore, and Vietnam [and probably later, China will sign on].

“…And U.S. TPP negotiators literally used the 2011 Korea FTA [Free Trade Agreement] – under which [US] exports have fallen and [US] trade deficits have surged [and 85,000 US jobs have been lost] – as the template for the TPP.

“…We only know about the TPP’s threats thanks to leaks – the public is not allowed to see the draft TPP text. Even members of Congress, after being denied the text for years, are now only provided limited access. Meanwhile, more than 500 official corporate ‘trade advisors’ have special access. The TPP has been under negotiation for six years, and the Obama administration wants to sign the deal this year…”

Yes, secret deal. The public is not permitted to see what is in it. We only know some of what’s in it because of several partial leaks.

Obama wants Congress to fast-track the TPP with a strict up or down vote: no amendments permitted; no filibustering; the final vote must take place within 90 days of the TPP’s introduction on the floor of Congress; no Committee vetting first.

This is your transparent President.

From what we can glean about the TPP so far, these will be some of its effects (consider how each effect can impact employment in the United States):

The TPP has been called “NAFTA on steroids.”

It is the newest edition of Globalism for planet Earth—control of the population by mega-corporations, who are in sync with their government partners.

Obama has known about, and supported the TPP, for at least the last six years. Quietly.

He knew a true campaign to create jobs for Americans—real jobs—would take a major hit. For at least six years he knew that. And he didn’t care.

So this is more than indifference. He was obviously opposed to an economic recovery.

Obama has been a willing puppet and front man for this elite Globalist plan (the TPP) to further undermine the US economy.

For those who whine and bleat, “He had no choice,” there is always a choice. Obama made his, long ago.

He, of course, is not the first President to sign on to the Globalist agenda. But, during his first run for the Presidency, he made his messianic case based on “a new day for the people.”

Forget it. This is the old day. The old way.

Like every US President since 1945, when negotiations on GATT began in earnest (the treaty that eventually established the Globalist World Trade Organization), Obama has mouthed a string of lies to conceal the core of his mission.

Face up to it.

Forget “friend of the people, supporter of the downtrodden.” That’s his cover story.

It was the cover story, from Day One.

The author of three explosive collections, THE MATRIX REVEALED, EXIT FROM THE MATRIX, and POWER OUTSIDE THE MATRIX, Jon was a candidate for a US Congressional seat in the 29th District of California. He maintains a consulting practice for private clients, the purpose of which is the expansion of personal creative power. Nominated for a Pulitzer Prize, he has worked as an investigative reporter for 30 years, writing articles on politics, medicine, and health for CBS Healthwatch, LA Weekly, Spin Magazine, Stern, and other newspapers and magazines in the US and Europe. Jon has delivered lectures and seminars on global politics, health, logic, and creative power to audiences around the world. You can sign up for his free emails at NoMoreFakeNews.com or OutsideTheRealityMachine.

by Daniel mcadams / Ron Paul Institute  Just weeks after a European-brokered ceasefire greatly reduced the violence in Ukraine, the US House...