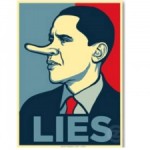 As reported, Yemen is close to falling into all out civil war:

“After a week of escalating conflict, the UN Security Council held an emergency meeting Sunday to address the crisis, which has resulted in the United States withdrawing its remaining military personnel from the impoverished country.
The UN special envoy for Yemen, Jamal Benomar, warned at the meeting that events appear to be leading the country “to the edge of civil war” and urged all parties to step back from the brink and resolve the conflict peacefully.”
Benomar stressed in a video briefing from Qatar that neither the Houthis nor their opponent, Yemen’s president, could realistically expect to establish control over the whole country.”

The Yemen crisis is particularly ominous because just a few short months ago, President Barack Obama held Yemen up as a sterling example of America’s counter terrorism “strategy” when he addressed the American public to announce a quasi-war against the new threat of the so-called Islamic State (aka ISIS aka ISIL) in Iraq and Syria.

At that time, Obama said:

“This counter terrorism campaign will be waged through a steady, relentless effort … using our air power and our support for partner forces on the ground,” said Obama. “This strategy of taking out terrorists who threaten us, while supporting partners on the front lines, is one that we have successfully pursued in Yemen and Somalia for years.”

Once again, this failed president has demonstrated a woeful lack of experience, wisdom, competence, and integrity of the type needed to function as Commander-in-Chief.

Indeed, his failures in foreign affairs is on a par with those suffered on domestic issues.

The real tragedy for America and the world is that Obama and his liberal sycophants, including the mainstream media, actually believe (so they say) that his strategy and policies are working and are worthy of copying elsewhere.

Lord help us if the Obama strategy against ISIS is anywhere nearly as calamitous as the nightmare in Yemen!

In Case You Missed It:  The FDA did NOT grant full approval to the Pfizer shots
Posted in Freedoms.

To people who still think Obama is the answer Suppose he never intended to bring about a jobs recovery? Suppose...