Are you ready for an Election Obama 2016? Do you know how an Obama Third Term will affect you and your family? How would the political climate change in an Obama 2016? Would a Presidential Barack Obama in 2016 create a benevolent leader or a tyrant? 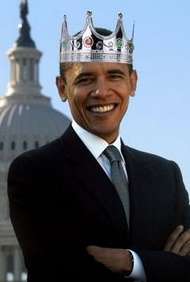 History tells us we could get a heavy handed dictator (Castro, Chavez, or Mao) and a President for life? Or a benevolent leader such as Lincoln, Washington, Gandhi, Charlemagne, or Augustus; who can bring us into a new renaissance? Only Time will tell.

Most people believed ObamaCare would not become law of the land.  The Press thought NDAA (National Defense Authorization Act) would never become law.  In the past few years, changes in our lives have been quicker and more dramatic, Obama has thumbed his nose at congress, bypassed them on numerous occasions and broken many laws outright, yet nobody does a thing about it. Obama fully aware the Republican Party will take no steps to stop him in his ongoing violations, and running up to the edges, of the Constitution.

Obama’s violating the Constitution over and over and getting bolder and bolder, Obama also knows and chief among those is that the Republican Party has said that impeachment is off the table, and more than once they’ve said this. The Republican Party has made it clear that they will not use that constitutional measure as a means of reining Obama in and maybe even getting him out of office.

Hillary Clinton was set up by Obama to take the position of Secretary of State and have that be her falling, her career is pretty much being destroyed as we speak. Hillary ripped Obama apart in the democratic debates for nomination everyone seems surprised Obama asked her to be part of his team after the ruthless debates. After all the whole birther question on Obama was first brought up by Hillary Clinton. Why did Obama bring her on? Of course to destroy her career and chances of ever being president or competition.

In our history only two prior presidents have served more than two terms ( Theodore Teddy Roosevelt and Franklin D, Roosevelt ). The major hurdle for President Barack Obama in 2016, is the 22 Amendment. In short, the 22nd Amendment states ” No person shall be elected to the office of the President more than twice . . .”

Also, the U.S. Constitution makes an exception in the 22 Amendment: ” This article shall be inoperative unless it shall have been ratified as an amendment to the Constitution by the legislatures of three-fourths of the several states

within seven years from the date of its submission to the states by the Congress.”

Obama 2016: Is it time to repeal the 22nd Amendment? In the beginning there was no such thing as term limits for president or for members of Congress

Obama for Third Term? Congressman Pushes to End Term Limits for U.S. Presidency-   Democratic Congressman José Serrano has reintroduced legislation to repeal the 22nd Amendment to the U.S. Constitution, which would end term limits for U.S. presidents and pave the way for President Barack Obama to stay in the White House for a third time.

Six Reasons Why Barack Obama Could Be Another Three Term POTUS In the Making. For those who believe in celestial interventions in affairs on the earth, there were indications of the re election of President Barack Obama and even a third term in office.

The GOP is already proven they are too afraid to hold Obama accountable for broken laws, Obama bypasses them and yet they do nothing.  The door is wide open for Obama do do as he pleases in 2016, Republicans will do nothing and the leftist will cheer on Obama continuation of breaking US laws over and over.