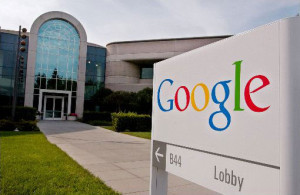 The mighty corporate techie giant with assets of $131 billion has nestled so long among us it is almost like family.

Website owners tell people who want things removed off the net:  “No can do ‘cause Google is forever”.

The Federal Communications Commission (FCC)  rocked the online world world when its 313-page ‘Net Neutrality’ initiative was revealed last month.  But in reality, Net Neutrality was devised not by FCC but by Google.

When Net Neutrality was still a twinkle in Father FCC’s eye, Google was already killing the traffic of all websites including world Internet giant,  Drudge.

That mission accomplished Google is now setting itself up as the only purveyor of truth. Don’t worry,  Google’s motto after all is “Don’t do Evil”.

Guaranteeing the re-election of a tyrant.  How’s that for evil?

Guaranteeing the re-election of a tyrant.  How’s that for evil?

Taking down websites by killing off their public access to traffic is easy play for Google when the Google spider sits on each and every one of those websites.

This is the unvarnished truth self-professed truth owners Google will never tell you: all conservative blogs and websites, no matter how hard-working and earnest, Google will gobble you up.

Website operators have known for months that something evil is coming their way.

Ignoring the loud snores of all who slumber, comes the New York Post’s  Kyle Smith trying to awaken a sleeping digital world: ‘Google controls what we buy, the news we read—and Obama’s policies’.

“A former Google officer is the president’s chief technology adviser. Google employees contributed more to President Obama’s re-election than did employees of any other company except Microsoft.  Google lobbyists met with Obama White House officials 230 times. By comparison, lobbyists from rival Comcast have been admitted to the inner sanctum a mere 20 or so times in the same period.

“Oh, and on Election Night 2012, guess where Google executive chairman Eric Schmidt was? Working for the president. In the president’s campaign office. On a voter-turnout system designed to help the president get re-elected.

“Obama lieutenant David Plouffe boasts: “On Election Night [Schmidt] was in our boiler room in Chicago,” he told Bloomberg News, in a story that revealed that for the campaign Schmidt “helped recruit talent, choose technology and coach the campaign manager, Jim Messina, on the finer points of leading a large organization.”

“Schmidt was especially fond of a madcap corner of the Obama campaign office known as “the Cave,” where, at 4:30 every day, staffers would dance madly under a disco ball to the tune of a mashup of Psy’s “Gangnam Style” and an automated campaign phone call made to prospective voters.”

The devil, they say, likes to dance on the graves of his enemies.

Something evil is coming their way

“Favors beget favors. And hey, presto, the FTC, in 2012, ignored the recommendations of its own staffers, which accused Google of abusive trade practices for burying competitors in their search results and recommended a lawsuit.

“Instead, the FTC dropped its inquiry. Google enjoys 67 percent market share, 83 percent in mobile. No biggie, declared the FTC.

“Google lobbyists have been pushing for implementation of “net neutrality” regulations, particularly a “Title II” provision that would benefit Google. President Obama helpfully came out in support of the plan, including Title II, which was slightly embarrassing because Obama’s FCC chair, Tom Wheeler, had favored a different approach. Wheeler promptly reversed course and backed the Obama-Google plan.

“Right before the FCC report was due, but before it was made public, the FCC pulled another odd reversal, removing 15 pages of policy Google apparently found out about but didn’t like.”

Conservative bloggers and websites wondering where all their traffic has gone:

“Google has the power to bump an article it doesn’t like off the table and under the rug.

“FCC Commissioner Ajit Pai said that the changes came about after “a last-minute submission from a major California based company.” I wonder which company he’s talking about. In-N-Out Burger?

“It’s not like Google is ungrateful for all of this special attention. When the newly launched ObamaCare website was plagued by evil spirits, guess which company was sent to fix it?

“Google’s proton packs helped kill off the ObamaCare site’s goblins, but the country got slimed.

“Still, all of this is easily forgiven compared to what’s coming next: politically filtered information.

“Google says that in the future, its determinations about what is true and what is untrue will play a role in how search-engine rankings are configured.

“Google has the power to bump an article it doesn’t like off the table and under the rug. Even moving information off the first page of search results would effectively neutralize it: According to a 2013 study, 91.5 percent of Google search users click through on a first-page result.

“To put it mildly, your idea of whether Fox News or MSNBC is a more reliable purveyor of “truth” might differ substantially from your neighbor’s.

“Google’s idea of ranking results based on truth is an excellent one that it should implement just as soon as it comes up with an absolutely, unbiased and objective system of determining truth.

“I’m not sure the company whose employees ranked second in all of corporate America in campaign donations to Obama can be termed neutral. I’m not sure the nation’s most impartial arbiter is a guy who partied to the sounds of an Obama campaign robocall.”

It’s hard to believe that there was a world before Google happened along, but there was.

Google came along with the water we all needed.  Problem is when we were all drinking Google water, someone began poisoning the well.

The truth doesn’t live here anymore.  It’s been captured and dragged off without screams of protest by the omnipresent Obama-Google plan.

Meanwhile, there’s only the tiniest sliver of light shining from what is destined to be a long dark tunnel: the truth in the statement that “NOTHING” is forever.”

In Case You Missed It:  Gilead Sciences and the Gilead New World Order from HULU series Handmaid’s Tale – From Science Fiction to the Science behind COVID-19 vaccines (op-ed)
Posted in Freedoms and tagged Communism, Freedom, Google, Internet, Liberal Fascism, United Socialist States of America, US Citizen.

By Michael Goodwin If you’re confused about the Saudi Arabia-led air attacks against Islamist rebels in Yemen and can’t tell...