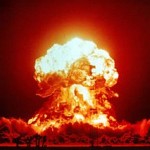 Yesterday an Iranian general brazenly declared and I quote: ‘Israel’s destruction is non-negotiable’, but evidently giving Iran’s murderous regime a clear path to the bomb is negotiable to Obama and team. This is unconscionable. I agree with those who have said that Iran’s claim that its nuclear program is only for peaceful purposes doesn’t square with Iran’s insistence on keeping underground nuclear facilities, advanced centrifuges and a heavy water reactor. Nor does it square with Iran’s insistence on developing ICBMs and its refusal to come clean with the IAEA on its past weaponization efforts. At the same time, Iran is accelerating its campaign of terror, subjugation and conquest throughout the region, most recently in Yemen.

The concessions offered to Iran in Lausanne would ensure a bad deal that would endanger Israel, the Middle East and the peace of the world. Now is the time for the international community to insist on a better deal. A better deal would significantly roll back Iran’s nuclear infrastructure. A better deal would link the eventual lifting of the restrictions on Iran’s nuclear program to a change in Iran’s behavior. Iran must stop its aggression in the region, stop its terrorism throughout the world and stop its threats to annihilate Israel. That should be non-negotiable and that’s the deal that the world powers must insist upon.

Indiana Gov. Mike Pence moved Tuesday to put out a political wildfire over a new state law designed to protect...