Immigration and integration of foreigners remain the biggest concern of Swiss voters, according to a survey conducted for the Swiss Broadcasting Corporation six months ahead of national elections. 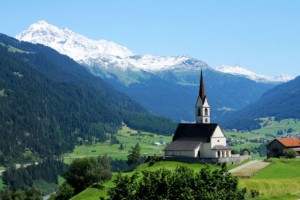 The poll conducted last month found that 49 percent of voters rank immigration, integration and the issue of refugees seeking asylum in the country as the nation’s biggest problems.

The issue came in front of worries about bilateral relations with the European Union, ranked as a top concern by 24 percent of respondents, and the environment, seen as a major problem by 12 percent of voters.

By contrast, the strong Swiss franc, which has worried economic forecasters, was only considered a problem by three percent of respondents…

In Case You Missed It:  "MeLord is an Honourable Man"
Posted in Freedoms and tagged Europe, Immigration, Muslims, Switzerland.

By Judi McLeod By the time self-acclaimed whistleblower Edward Snowden blew the cover on the National Security Agency (NSA) forever...