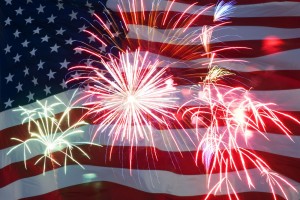 Among the casualties suffered by the American people over the past six plus years is the tragic loss of having a president that we can look up to with respect, admiration, and pride, notwithstanding existing ideological and partisan differences.

Over recent years, Barack Obama has exacerbated the differences between Americans by using race, income, class, religion, and patriotic fervor to further divide us; the result being that we the people are left, or seem to be, without a leader who is willing to be president to all Americans.

From the earliest days of his term in office, Obama has traveled to foreign lands where he has routinely bashed American leaders and policies and even disputed the notion that America is a Christian nation.

By his words and deeds, Barack Obama at times seems more foe than friend. Simply put, he does not appear to be on our side!

This president seems hostile to the Constitution, the rule of law, the US Congress, and to Americans born and raised here. It’s as if being American is something to be ashamed of, at least in the distorted vision of Barack Obama.

Although American politics is correctly understood to be a blood sport not for the feint of heart, I do not recall a time when a sitting president has been seriously suspected of being against the American people and for our enemies.

Previous presidents have always been faulted for faulty judgment and poor decision-making abilities.

None, however, in my recollection, has been seen as fundamentally opposed to the values held dear by hundreds of millions of Americans.

None, until now, have openly declared a burning desire to “fundamentally transform” our nation which, after all, has produced the greatest, most free, most prosperous, and most beloved, society in human history.

The big question as we head into another critical presidential election: Can the hurt and anger visited upon the American people during the latest presidency be overcome?

Can we re-unite as a people and elect a man or woman whom we can respect, admire, and be proud of, regardless of party affiliation?

Can we find and elect an American man or women who genuinely loves America and Americans?

Above all else, it is still possible to love America unconditionally, from sea to shining sea, despite her many faults and disappointments?

In Case You Missed It:  Rep. Massie floats idea of dissolving FBI, DOJ
Posted in Freedoms.

Current “anti-Semitic trends in Europe” are a cause for worry, said Pope Francis Monday morning, as are accompanying “acts of...