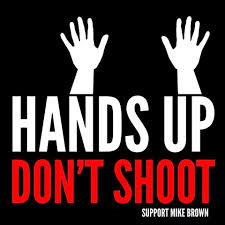 Thanks to that ‘lump of coal’, as deposed Senate Leader Harry Reid jocularly refers to Senate Majority Leader Mitch McConnell, Loretta Lynch has been confirmed by the US Senate to serve as Attorney General of the United States.

Ms. Lynch is now officially free to pursue the destruction of America by following the hideous path set by her predecessor, the notorious Eric Holder.

In a just and genuinely transparent society, Eric Holder would leave Washington, D.C. bound in handcuffs and ankle bracelets, & transported via armored truck, or government drone, to a maximum security federal facility for the criminally insane, where he would spend the rest of his days enduring the bitter fruits of his crimes.

His crimes include participation in, and cover up of, the scandalous “Fast and Furious” gunrunning scheme, a ploy designed to embarrass 2nd Amendment advocates, but which backfired miserably into a major expose of corruption and crime in the Obama administration.

For his criminal behavior, Holder was issued a “Contempt of Congress” from the US House of Representatives, the first and only such pejorative issued to the head of the Department of Justice.

Holder further disgraced his high public office of trust by suborning justice in the case of Lois Lerner, the IRS ‘professional’ who deliberately manipulated IRS resources against conservatives in an unlawful attempt to inject “Nixonian” tactics into the play book of the ‘most transparent’ administration in history.

As history records, Richard Nixon was forced to resign the presidency for his transgressions, whereas Eric Holder has successfully shielded Barack Obama from the hungry jaws of justice.

Among his more hostile acts was Holder’s racially motivated behavior in the Ferguson, Missouri shooting and riots, where DOJ encouraged and supported criminals in the “Hands Up! Don’t Shoot” fraud, crimes that could have wrongly convicted white police officer Darren Wilson of murder.

The fact that black fraud merchants in Ferguson were on a mission to destroy a white police officer seemed to escape the attention of Holder as he pursued his rebel-rousing rhetoric against white law enforcement.

Of course, Holder views his six-year stint at DOJ in a much more accepting light. In fact, as reported at the reference, Holder believes that history will see his term as the “Golden Years” off DOJ:

I think 50 years from now, maybe even sooner than that, people will look at the work you all did and say this was another golden age. There’s a long line of excellence in the United States Department of Justice, but every now and again, at an appropriate time; a group comes along that is worthy of special recognition. And you all are in fact one of those groups. I am proud of you. I am proud of you.”

An age in which the Department of Justice was more of an advocacy for blacks (Your People) than an independent, unbiased instrument of justice for all Americans?

“Golden Years,“ for whom, Mr. Holder?

Those who would use government to oppress and prosecute political enemies? Who use government to illegally run guns in order to discredit those who choose to respect the terms of the 2nd Amendment? To those who defy Dr. Martin Luther King’s call for a color-blind system of justice based on the need to atone for a perceived legacy of discrimination?

In Case You Missed It:  Aspirin found to greatly decrease covid hospitalizations
Posted in Freedoms.