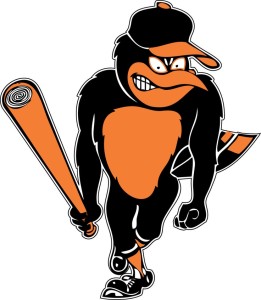 Camden Yards is home to the Baltimore Orioles, a prominent baseball team in the American League of major-league baseball, once celebrated as America’s pastime.

For the most part, Camden Fields is a quiet, respectful venue where the hometown Orioles ply their baseball wares, year in and year out, against the likes of the ferociously hated New York Yankees.

Hating the Yankees has been a baseball tradition in Baltimore, and throughout America, for decades, a bitter bile handed down from father to son in keeping with America’s obsession with despising inequality and success, especially when one ends up on the unequal, less successful, side of the equation.

However, in a disturbing sign of the times, baseball and the attendant hatred industry is being usurped by a new, insidious phenomenon sweeping the nation in places like Ferguson, Missouri, and Baltimore.

The new ‘pastime’ is ‘protests and race riots’ where disillusioned thugs accuse neighborhood police of engaging in what Barack Obama calls a “Legacy of discrimination” against people of color.

Having designated a police department as such, the thugs proceed to steal, burn, and otherwise destroy private property, and inflict physical harm on police officers, those with the audacity to defend public lives and property as they are being paid to do.

As is the case in Baltimore, the rioters destroy and maim without knowing the essential facts. Although the Baltimore mayhem began last Saturday afternoon, no one really knows the cause of death for Freddie Gray, the young black man who died while in police custody, and in whose name the city burns and private citizens assault police officers after dark.

Mob rule does not require facts or evidence, racist stereotypes will suffice, and will more than justify widespread looting, arson, and police bashing, and worse.

After all, Brother Gray was a young black man held in police custody at the time of his demise. What more need be said?

In what may be a tragic repeat of the “Hands Up! Don’t Shoot” lie in Ferguson, the people of Baltimore face riots, arson, chaos, and civil distress, before the facts are fully known and understood.

Why is Barack Obama “leading from behind” on such an important issue?

In Case You Missed It:  Here It Comes: 'Patriot Act 2.0' Aimed At The UnWoke Enemy Within
Posted in Freedoms.

By Pesach Benson Anti-Israel activists are trying to hijack the Baltimore riots. While William Jacobson points out what he sees from...