Wednesday, Prime Minster Shinzo Abe was the first Japanese Prime Minister to address a joint meeting of Congress. During his week-long visit to the U.S., Prime Minister Abe emphasized the strong relationship between the U.S. and Japan and pushed for completion of the Trans-Pacific Partnership (TPP) free trade agreement. 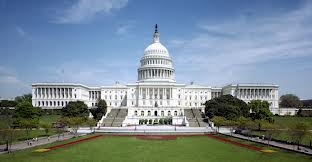 Abe began his address remembering his first trip to the U.S. He learned during his time in New York that in America people advance based on merit, unlike Japan where professional advancement is based on seniority.

The Prime Minister then reflected on the history of the U.S.–Japanese relationship, which spans over 150 years. Abe, who made a visit to the World War II memorial Tuesday, spoke of taking time to reflect upon the “lost dream and futures of those young Americans” who died in that conflict. Prior to Abe’s visit, many experts speculated about how he would address controversial historical issues surrounding World War II that are close to the hearts of those in the Asia–Pacific. Abe noted simply that history is “harsh” and that what is done “can never be undone.”

He added, “On behalf of Japan and its people, I offer with profound respect my eternal condolences for all those American people that were lost during WWII” and acknowledged that Japan’s actions during that time have “brought deep sorrow for the people of Asia.” He concluded his remarks on the subject by stating, “I will uphold the views expressed by previous prime ministers in this regard.”

Prime Minister Abe declared that it is in the best interests of the U.S.–Japan relationship for the two countries to work together for the greater good of the Asia–Pacific region. He referenced Monday’s signing of the new U.S.–Japan Defense Cooperation Guidelines and said that he and President Obama are in full agreement over the new guidelines. Abe declared that Japan’s own domestic laws will be changed in the coming months to reflect the guidelines and the shared interest he and U.S. officials have in making Japan more proactive in regional security.

Finally, the Prime Minister called on Members of Congress to visit his country and “see the new Japan, where we have regained our spirit of reform and sense of speed”—a reference to structural reforms that are part of Abe’s “third arrow” of economic reform—and then offered a new defining term for the U.S.–Japan relationship: hope. He credited the U.S. for giving Japan hope after the March 2011 Tohoku earthquake, tsunami, and nuclear disaster, saying hope is “the finest asset the U.S. has to give the world.” In conclusion, Abe said, “Let us call the U.S.–Japan alliance an alliance of hope. Let the two of us join hands and do our best to make the world a better place to live. Together we can make a difference!”

In Case You Missed It:  TV station looking for stories of unvaccinated fatalities gets flooded with reports of vaccine injuries
Posted in Freedoms and tagged Congress, Foundry, Freedom, Governments, Japan, Obama, United Socialist States of America.