Genocidal Nazi German leader Adolf Hitler has been dead for almost 70 years – but on Wednesday, Moscow will finally lay him to rest in the public consciousness. 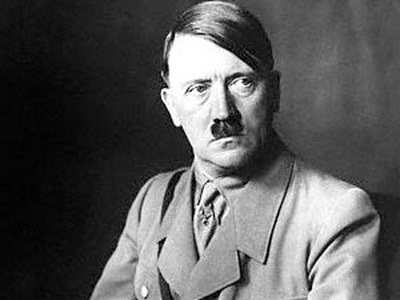 Russia’s FSB intelligence services will be releasing a series of documents from Soviet dictator Joseph Stalin detailing Hitler’s death, according to the Daily Mail, as well as details of what happened to Hitler’s body between 1945 and its unceremonious disposal in the 1970s.

“This is the true history of what happened to Hitler,” says an FSB spokesman. “He died in Berlin and we have the papers to prove it.”

The ‘Death to Spies’ file, or SMERSH, was the secret arm of the Red Army loyal to Stalin who found Hitler’s body, as well as his girlfriend Eva Braun’s, in a bunker on May 4, 1945.

Captured Nazi officers told SMERSH officials how the pair had committed suicide five days before – he with a self-inflicted gunshot wound, she with cyanide.

The officers then moved the corpses outside the bunker, doused them with gas, and set them ablaze. Stalin did not reveal to the West that he had confirmed Hitler’s death.

The bodies were then moved between several Red Army bunkers for days, after being found only partially burned, and underwent a forensic analysis to confirm their identities and conclusively determine cause of death.

Afterwards, they were buried at Rathenow, only to be exhumed one year later and moved to Magdeburg, East Germany. Hitler’s skull was kept behind and is currently on the third floor of the State Archive of the Russian Federation.

They were buried once more in the courtyard of a nondescript house – only to be moved yet again in 1970.

Then, East Germany foreign minister Alexei Kosygin begged the Red Army to dispose of the remains for good, paranoid that the garrison town in which they had been buried would be handed over to the Communist German Democratic Republic; in May 1970, soldiers dug up the bodies, burned them to ashes, and then unceremoniously dumped them into the Ehle River.

The full files with the details of the decades-long saga are expected to be revealed next month, to mark 70 years since Hitler’s suicide.

Until now, several conspiracy theories have reigned supreme about the whereabouts of Hitler and his body, including one popular notion that he and Braun secretly escaped to South America.

Wednesday, Prime Minster Shinzo Abe was the first Japanese Prime Minister to address a joint meeting of Congress. During his...