Homosexual “marriage” is one of the fastest-moving social issues in U.S. history, having become legal in state after state. One thing is slightly off-kilter: Americans seem to have absolutely no idea just how many lesbian, gay, bisexual, and transgender people are out there. 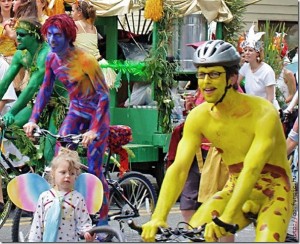 In fact, they think that 23 percent of Americans, or almost one in four, are LGBT, a Gallup survey released Thursday revealed. That’s way off: The polling organization most recently found that less than 4 percent self-identify that way, the number could be closer to 1.8% considering the margin of error.

“Part of the explanation for the inaccurate estimates of the gay and lesbian population rests with Americans’ general unfamiliarity with numbers and demography.”

It’s unclear why people think the LGBT population is six times larger than it actually is.

“Part of the explanation for the inaccurate estimates of the gay and lesbian population rests with Americans’ general unfamiliarity with numbers and demography,” Gallup ventured, noting that people also overestimate the size of the African-American and Hispanic populations in the U.S., although usually only by a factor of two. “The overestimation [of the size of the LGBT population] may also reflect prominent media portrayals of gay characters on television and in movies, even as far back as 2002, and perhaps the high visibility of activists who have pushed gay causes, particularly legalizing same-sex marriage.”

In Case You Missed It:  Trump Administration Right to Reject Jurisdiction of International Criminal Court

Several gay, lesbian, bisexual, and even transgender characters have become prominent in recent years on TV shows such as “Modern Family,” “Scandal,” “Degrassi,” and “Glee,” as well as in movies including “Brokeback Mountain” and the Academy Award-winning biopic “The Imitation Game.”

Those who oppose same-sex marriage give slightly lower—but still way-too-high—estimates of the LGBT population than those who support it do, but the difference between the two groups’ estimates was within the margin of error of 4 percent.

Newly reported emails indicate Hillary Clinton was personally made aware of security dangers in the months leading up to the...