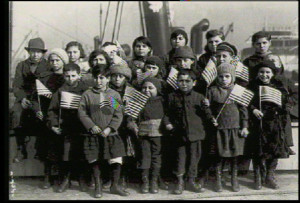 Don’t call it compassion when the president, elected officials or a candidate takes a stand that illegal immigrants deserve a pass to stay in this country and receive citizenship, let alone resident status. It is approval of America’s demise; an uncontrolled decimation of what the Founders established in the new world expressly to provide free exercise of faith, industry and speech.

What our forefathers pioneered was a new nation steeped in the acceptance of immigrants who wanted one thing—to escape the ancient order of tyranny. And they came from many countries to enjoy the newfound freedom that was available nowhere else in the world.

Today, the concept of true freedom to follow one’s individual faith and entrepreneurship is still only possible in one place, America, though that distinction is rapidly disappearing given the growth of theocracies and autocracies around the rest of the globe, and the importation of those liberty-crushing ideals on the back of illegal and state-sponsored immigration. The United States is also losing that exceptionalism due to the internal stresses brought about by fractional factionalists pressuring government for equality that isalready in effect.

The reckless concept that special populations deserve special rights goes beyond the complete equality institutionalized by the Declaration of Independence from the beginning of this nation. It is creating privileged classes that oppress the majority of others who differ in opinions and lifestyles.

Why the new form of immigration is unacceptable is that it counters how and why America embraced immigrants over the generations. Immigration was encouraged to fill out the lands with productive individuals who purposefully left their past behind. They came with little or nothing, dreaming of a new life for their families, one that secured liberty from the old regime of oppression. My own forebears fled the pogroms of Russia, intent on basking in the freedom of America, not hauling along the tyranny of religious and antiquated European social prejudice.

Today, the administration’s unrestrained, including covert, importation of people toting with them the old world despotic thought and religiosity is undercutting the freedom America has embodied for centuries. The unimpeded flow of obdurate sectarians, religious fanatics, criminals and those inflexibly loyal to their nation of origin are bringing with them the limited speech, ideology, legal concepts and even business practices from intolerant countries. They retain allegiance to everything from whence they came rather than truly participating in America’s free heritage. Why, in that case, would they even want to relocate here?

The rationale propounded by mocking ‘well-intentioned’ candidates, government and elected officials is that of offering hope and freedom to distressed populations; that America can give(yes, that’s a pun) them whatever they lacked in their previous life. Unfortunately, the one thing ‘compassionate’ immigration does is honor imported belief systems above that of established American pluralism, categorizing our social norm as discriminatory to newcomers. The new, which is actually millennia-old, is givenprecedence over American culture, even to the point of favoring repressive religious practicesthat advocate subjugation to dogma alien to American society. The upshot is, mainstream America becomes the disadvantaged and oppressed, no longer able to freely express their religious and political beliefs. Marseilles provides an example of the consequences of allowing this kind of mass immigration of a group that is hostile to the country’s social order. It is now the most dangerous city in France.

Encouraging people with intolerant worldviews to set-up housekeeping in America, where all worldviews are respected, attracts violent third world sectarianism into our living room. Just as Iraq has invited one enemy (Iran) to assist in fighting another enemy (ISIS), the door has been opened to further violence after the shared enemy is vanquished. This political strategy is being replicated in Washington, D.C. The plan to pack voting booths with new citizens beholden to liberal standards is expected to establish a permanent powerbase when, actually, it institutionalizes balkanization. The bloody skirmishes are already spreading in city streets under the guise of racism and income inequality.

Immigration laws need not be sidelined, rewritten or illegally and unconstitutionally overridden. Government must adhere to them as the only egalitarian form of admitting new immigrants; immigrants who want with all their heart to become Americans, not makeover America into a shadow of the oppression from which they escaped. Only fools bring their prison with them, and bigger fools allow them to do so.

America is for the Free. The rest of the world already caters to the captives of tyrants.

BY ROBERT SPENCER This study makes a statement that is absurd on its face when it says that “religious practice”...