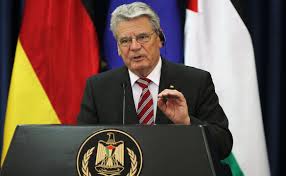 27-year-old Osama M. has been accused by Swiss authorities of preparing a terrorist attack using explosives and poisonous gases, with the German president said to have been his main target.

Osama M. is said to have been plotting an attack aimed Bellevue Palace, the official residence of the president in Berlin. Moreover, the suspect had plans for attacks on a German military hospital, and on a building belonging to pharmaceutical giant Bayer. Investigators suspect that the man may have also been trying to organize a terror cell inside Switzerland.

The suspect, arrested in March 2014 in Beringen, northern Switzerland, called himself a “well known and respected fighter” from the Islamic State terror group. He is believed to have had contacts in Syria, Austria, Germany and the UK.

Stefan Schmidt, a spokesman for the German Federal Prosecutor’s Office, told Berliner Morgenpost that the German Attorney General’s office is being kept informed regarding the case.

The suspect is presently being held in Bern on suspicion of terrorism, his detention recently prolonged by the Swiss Federal Criminal Court.

Last October, Swiss officials followed Germany’s lead in banning ISIL and any activity that supports the terror group on its territory.

Green Activist Explain How to Brainwash Children With Climate Pornography

by JAMES DELINGPOLE As the Jesuits almost said: “Give a child until he is seven and I will show you...