A modern day Trojan horse and loose immigration laws in both Europe and the USA may lead to our eventual demise, at a minimum cause lots of havoc on our communities as Islamic State terrorist are entering Europe through the guise of “refugee’s” through Mediterranean boats. 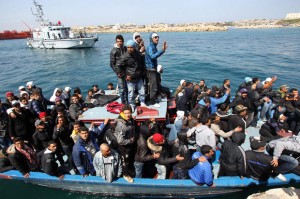 European police don’t know who is from ISIL and who is a normal refugee or not,” Libyan government adviser Abdul Basit Haroun told the BBC.

Haroun said he had learned of the practice talking to boat owners in areas of North Africa controlled by ISIL militants.

Islamic State fighters are allegedly allowing human traffickers to operate in regions under their control in exchange for half of the smugglers’ income.

ISIS is planning to use Libya as a “gateway” to Europe and has raised the possibility of storming southern European cities to cause “pandemonium”.

The Islamic State, which controls vast areas of Syria and Iraq, has tried expanding its reign of terror to Libya in recent months, taking advantage of the political turmoil in the country.

Libya’s internationally recognized government has previously warned that ISIL militants were plotting to sneak into Italy pretending to be refugees.

The Mediterranean Sea is one of the main routes for migrants fleeing conflicts in Africa and the Middle East and trying to reach Europe.

Following a string of fatal migrant boat accidents, the European Commission unveiled its plan earlier this week to take in 20,000 refugees over the next two years and distribute them between the EU member states. 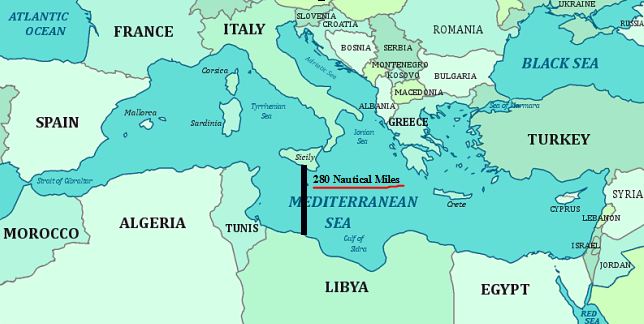 In Case You Missed It:  Get Ready for the Economic Collapse
Posted in Terrorism and tagged Europe, Immigration, ISIS, Islam, Libya, Mediterranean, Muslims.

Islamic State in Europe Plotted to Assassinate The German President

(Berlin, DE) Swiss authorities are investigating an alleged plot by a radical Islamist affiliated with ISIL to kill German president...