The conservative Danish People’s Party (DF) and the libertarian party Liberal Alliance (LA) have called on Danish authorities to stop welcoming immigrants – and instead put them back on the plane to their country of origin. 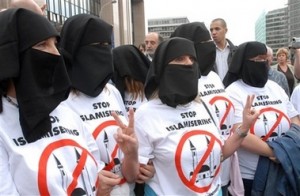 DF (Dansk Folkeparti, or Danish People’s Party) were more harsh and straightforward of the two, with their spokesman Martin Henriksen telling Politiko media outlet that the party would like to see no refugees in Denmark whatsoever.

“I think that with one stroke, this would make Denmark incredibly uninteresting for asylum seekers and therefore believe that the asylum figures would plummet when they can’t receive a residence permit in Denmark,” Henriksen said.

“We will still honor our obligation to help refugees, but we will just do it in a different way,” he added.
DF also proposed to set up Danish-controlled refugee camps in “an African country, a country in Asia or the Middle East.”

Their colleagues from Liberal Alliance supported the cause.

“Figuratively speaking, they should be turned around at the airport, put on a plane and sent to a refugee camp in the area of where they came from,” LA leader Anders Samuelsen told Danish media outlet Jyllands-Posten

In Case You Missed It:  Get Ready for the Economic Collapse
Posted in Terrorism and tagged Denmark, Europe, Immigration, Muslims, Terrorism.

By Michael Fumento “The Cemetery of the Americans.” That’s what graffiti said in the western Iraq city of Ramadi when...