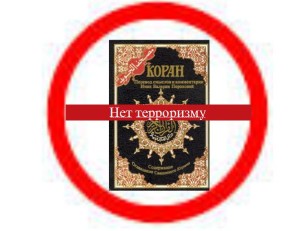 Putin just passed a new law that will block all foreign organizations that pose a threat to the stability and security of Russia, this will of course include Islamic organizations that support terrorism and homosexual activist groups. I did a whole video on this:

According to one Russian report:

The Russian president has signed a bill banning the activities of foreign groups that pose a threat to national security or defense capability, and to punish those who continue to cooperate with such groups.

The bill, initially drafted by two opposition MPs, was passed by both chambers of the Russian parliament last week. It tasks the Prosecutor General’s Office and the Foreign Ministry with creating a proscribed list of “undesirable foreign organizations” and to outlaw their activities in the country. The main criterion for putting a foreign or international NGO on the list is a “threat to the constitutional order and defense capability, or the security of the Russian state.”

Once the group is recognized as undesirable, all its assets in Russia must be frozen, its offices closed and distribution of any of its information materials must be banned.

God willing Russia will continue on this route, establishing Christian supremacy, and uprooting all hinderances to the divine destiny of Christendom.

In Case You Missed It:  Get Ready for the Economic Collapse
Posted in Terrorism and tagged Crime, Eastern Europe, homosexuality, Islam, Quran, Russia, Terrorism.

By Walid Shoebat Islamic State fighters have executed at least 400 people in Palmyra since capturing the ancient Syrian city...