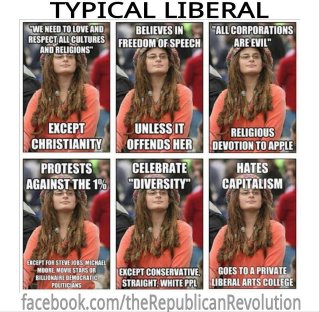 There’s always a Paul Harvey-type “the rest of the story” for everything.

According to Greek mythology, a young Narcissus fell in love with his own image reflected in a pool of water, the pool of life.

Hurtling forward to centuries later, along comes a preening, latter-day Narcissus, Barry Soetoro, posing in full presidential gear as Barack Obama, who when he peered into the pool of life, saw not just himself reflected there but millions of people just like him standing behind him.

Unfortunately time was soon to prove that there was nothing sagacious about Soetoro.

It was being in the right place at the right time, or exploitable circumstances that made Soetoro all powerful.

The time for easy takeover was ripe for Obama when he looked down into the pool.  It wasn’t time for Hope & Change, as his 2008 presidential campaign blatantly touted, the changes that could put the entire fate of Western civilization into his hands, were already there.

Braggadocio as is his wont to be, Obama could not have brought about any fundamental transformation had it not been that a colossal part of society that welcomed his debut had already corrupted into the kind of change he was seeking.

Dramatic societal changes making the world an upside-down one where right is now wrong and wrong now right are coming at lightning speed.

Is the garish clown you imagine you see late at night standing at the back of the garden male, female, or something in between?

Is it the Muslim Brotherhood and not State Governors that’s the real catalyst behind the Common Core indoctrinating innocent little children in their classrooms?

A recent Gallup poll that tracked Americans over the past 15 years proves that Obama saw that the population was now ready for his agenda of change when he came out of the shadows.

By the time Obama peered into the pool, Americans had already been shifting left on key moral issues and continue to shift left to the present day.

“Americans are more likely now than in the early 2000s to find a variety of behaviors morally acceptable, including gay and lesbian relations, having a baby outside of marriage and sex between an unmarried man and woman. Moral acceptability of many of these issues is now at a record high level. (Frank Newport, Gallup, May 26, 2015)

“This latest update on Americans’ views of the moral acceptability of various issues and behaviors is from Gallup’s May 6-10 Values and Beliefs survey. The complete results for each of the 19 issues tested in this year’s survey appear at the end of the article. Gallup has tracked these moral issues in this format since the early 2000s.

“The upward progression in the percentage of Americans seeing these issues as morally acceptable has varied from year to year, but the overall trend clearly points toward a higher level of acceptance of a number of behaviors. In fact, the moral acceptability ratings for 10 of the issues measured since the early 2000s are at record highs.

“Americans have become less likely to say that two issues are morally acceptable: the death penalty and medical testing on animals. But Americans’ decreased acceptance of these practices actually moves them in a more liberal direction.

“These results reflect the same type of shift evident in the public’s self-reported ideology on “social issues.” More Americans now rate themselves as socially liberal than at any point in Gallup’s 16-year trend, and for the first time, as many say they are liberal on social issues as say they are conservative.

“Key trends in Americans’ views of the moral acceptability of certain issues and behaviors include the following:

“Americans are becoming more liberal on social issues, as evidenced not only by the uptick in the percentage describing themselves as socially liberal, but also by their increasing willingness to say that a number of previously frowned-upon behaviors are morally acceptable. The biggest leftward shift over the past 14 years has been in attitudes toward gay and lesbian relations, from only a minority of Americans finding it morally acceptable to a clear majority finding it acceptable.

“The moral acceptability of issues related to sexual relations has also increased, including having a baby outside of wedlock—something that in previous eras was a social taboo. Americans are more likely to find divorce morally acceptable, and have also loosened up on their views of polygamy, although this latter behavior is still seen as acceptable by only a small minority.

“This liberalization of attitudes toward moral issues is part of a complex set of factors affecting the social and cultural fabric of the U.S. Regardless of the factors causing the shifts, the trend toward a more liberal view on moral behaviors will certainly have implications for such fundamental social institutions as marriage, the environment in which children are raised and the economy. The shifts could also have a significant effect on politics, with candidates whose positioning is based on holding firm views on certain issues having to grapple with a voting population that, as a whole, is significantly less likely to agree with conservative positions than it might have been in the past.”

Meanwhile, the liberal shift is no longer a wave, it’s an overwhelming tsunami.

Life on Planet Earth has truly become a hedonistic “anything goes” society.

The nightmarish clown you imagine you see standing at the back of your garden in the dark of night is real.  He’s a hair extension-wearing, man-made as opposed to God-made, 100 percent artificial Senior Citizen Sex Siren, delivered on the front pages of most media outlets yesterday, demanding to be called ‘Caitlyn’—- but really Bruce Jenner here to stay.

Reality TV is now dictating to the masses what is ‘normal’ and making millions of dollars at it in the process.

As Pogo would say, “We have met the enemy and he is us”.