It is a tune many failed socialist nations have heard before. When the mainstream media proclaimed a few years ago, “We are all socialists now,” people shrugged their shoulders and went about their capitalist business.

Do Americans at large understand that socialism involves various economic and political theories which advocate collective or government ownership of the means of production and the distribution of goods? I bold-faced the word “theories” because the practice is quite a resounding failure in most countries in which it was tried or it is currently used.

If you point to European Fabian socialists as being a success story, you are not paying attention to the bankruptcy level of debt of all these countries, the result of decades of unrestrained welfare and failed multiculturalism, to the level of confiscatory taxation, enslavement to government, and its forced tolerant social programs.

Under socialism there is no private property, advocates and supporters say. It could have fooled me. The twenty years I lived under the transition from socialism to communism, all the elites had their private property, including the union bosses appointed by the Communist Party, while the proletariat had nothing. The State run by the Communist Party controlled everything, all the means of production. All we could and had to control was our speech. We could only use thoughts to curse the abject enslavement that the Communist Party apparatchiks subjected us to every day.

The ever-clever theoretician and parasitic thinker who survived on the generosity of rich friends and patrons, Karl Marx, wrote while scratching his dirty hair, that socialism is an imperfect transition between capitalism and communism where goods and pay were unequally distributed, according to work done.

In practice, doctors and unskilled labor were paid approximately the same, removing the incentive to spend years in college to become a doctor. The Democrats and their Occupy Wall Street denizens said it is obscene for a doctor to make a profit, they don’t deserve it.

These same socialists advocated quite loudly a living wage of $15-25 per hour for minimum wage unskilled workers. It is only “fair” and “social justice” to pay someone enough money where they can live comfortably while expending no effort to educate themselves for a career that would enable them to earn a deserved living wage. 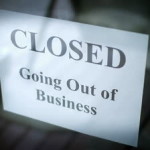 As someone said, in socialist/communist countries, the remuneration was so poor, “we pretended to work, and they pretended to pay us.” The elites, however, were paid handsomely for doing nothing. But, then again, community organizing and agitation must have been hard work for most Bolsheviks who often did not have a high school diploma and were hard-pressed to write an entire sentence coherently.

Socialism is an economic system in which the omnipotent government controls “substantially” the production and distribution of goods, while private enterprise dwindles. We have witnessed the growth of big government in this country and the shrinking of the private sector. Under socialism, competition no longer guides economic activity, cooperation and submission to government rules become the norm.

And then there are the Fabian Socialists in existence since the Fabian Society (a British socialist group) came into existence in 1884 with “the purpose to advance the principles of socialism via gradualist and reformist means.” The original purpose was to have a socialist economy. Today the society is a think tank affiliated with the Labour Party.

There is never a shortage of new converts to socialism or socialist wannabes. Take for instance the socialist reading groups spreading around the country among Millennials. Michael Savage called the Millennials “the new Red Brigades.”

Influenced by the magazine named after the Haitian rebel slave Jacobin, the reading groups(Millennials and Occupy Wall Street “veterans”) are focused on organized labor even though union membership has dropped to 11 percent in this country. Jacobin is a popular magazine among “a disaffected white bro socialist demographics.”

Because the economy is so bad and these Millennials are finding that employment is hard to find especially when they have pursued unmarketable majors such as Studies of…, Human Rights, Social Justice, Sustainable Development and other worthless degrees, they are easy prey to community organizers who want to put a shiny new coat on socialism in the 21st century, repackage it, and sell it to a bunch of spoiled brats who have never experienced shortages of anything in their lives but were subjected to constant indoctrination in schools about the utopian marvels of socialism and communism. And the indoctrination of the last 40 years is finally bearing fruit.

They should have asked the people who risked death fleeing hellholes of socialism in order to come to this country where private enterprise gave them the opportunity to grow out of poverty and become successful if they were willing to work hard. Unfortunately many new immigrants, legal and illegal, want to establish in this country the exact third world poverty and crime they’ve escaped.

In Case You Missed It:  OUTRAGEOUS: Man Who Shot Ronald Reagan To Be Completely Freed
Posted in Freedoms and tagged Europe, Karl Marx, Leftists, Socialism, United Socialist States of America.

In April, members of the Supreme Court asked Solicitor General Donald Verrilli, the federal government’s top lawyer, if the administration...