Throughout the showdown between Greece and its creditors, the weak Obama administration has largely sat on the sidelines, issuing the occasional warning about the potential economic impact of a default. 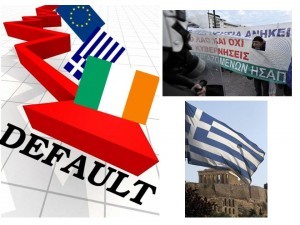 Now that Greece is on the verge of bankruptcy, Obama is also starting to worry about the political fallout and the potential for Russia to gain increased influence over a NATO member.

As Obama tries to maintain a united western front in support of sanctions on Russia over Ukraine due a revolution instigated by Western powers, a Greek default would provide Moscow an opportunity to sow new divisions among America’s European allies.

“You can easily see how geopolitically this would be a gift to Russia,” says Sebastian Mallaby at the Council on Foreign Relations. “You do not want Europe to have to deal with a Greece that is a member of NATO but which all of a sudden hates the west and is cosying up to Russia.”

Greece was regarded as a frontline state against the advance of Soviet-backed communism during the cold war. Its EU accession in 1981 is one factor that cemented its identity as a western democracy, something that was deepened 20 years later with the adoption of the euro.

For some months, the administration of President Barack Obama has been quietly urging Germany and other EU members to try to find a way to resolve the stand-off with Greece. While economic considerations have been at the forefront, diplomats say the EU’s position on Ukraine has also been part of the conversation.

A visit by Greek prime minister Alexis Tsipras to St Petersburg, Russia late last week served as a reminder of the current Greek government’s political ties to President Vladimir Putin’s Russia and showed its willingness to look towards Moscow at moments when the dispute with international creditors is at its most intense.

The Russia trip also prompted new speculation that Moscow might be willing to lend substantial financial assistance to Athens,

Greece is just one more crack in the Pax Americana Titanic’s hull, while Obama is giving America to the third world and is only concerned that Greece stay in the socialist empire.

Greece is a kind of bellwether, and barometer measuring the decline of the West.

Obama has lost every country, including the alliance with Russia.  He has given the Middle East to Iran, he has given Ukraine to the Russians through a western supported revolution risking nuclear war, he has given the entire Far East to North Korea.  Obama is the worst president in our history,  His legacy is total, abject, colossal failure!