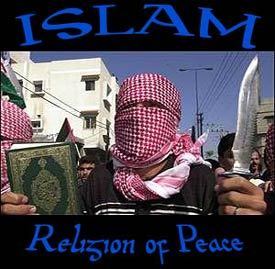 The Center for Security Policy (CSP) has released the results of a poll showing alarmingly high levels of support for shariah law and violence among the American Muslim community.

According to the nationwide survey, “significant minorities embrace supremacist notions that could pose a threat to America’s security and its constitutional form of government.”

A majority (51 percent) of Muslims surveyed said they “should have the choice of being governed according to shariah.”

Almost 30 percent of American Muslims believe it is legitimate to use violence “against those that insult the prophet Muhammad, the Qur’an, or Islamic faith.”

One-quarter of Muslims said that “violence against Americans here in the United States can be justified as part of the global jihad.”

Even more ominous, “nearly one-fifth of Muslim respondents said that the use of violence in the United States is justified in order to make shariah the law of the land in this country,” the CSP polling data showed.

When asked “if shariah conflicts with the U.S. Constitution and the Bill of Rights, which law should be considered supreme?,” one-third of Muslim respondents said shariah.

As for their political views, 48 percent of the Muslims surveyed said they are Democrats, 19 percent are Independents, and just 19 percent are Republicans.

In Case You Missed It:  Joe Biden Pitches His Build Back Better Agenda in Scranton: “We Will Take, Literally, Millions of Automobiles off the Road. Off the Road” (VIDEO)
Posted in Terrorism and tagged Islam, Jihadists, Muslims, Polls, Sharia, Terrorism, United Socialist States of America.