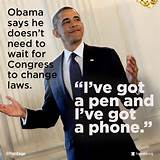 As the SCOTUS continues to belch out rulings that run contrary to established American history, culture and fundamental decency, a growing segment of the population is adamantly refusing to abide by rulings that are widely viewed as wrong-minded, politically-motivated, and anti-American.

This includes rulings about same-sex marriage, Marxist health care (ObamaCare), voting rights, and other recent rulings where black-robed, non-elected, non-accountable elitists brazenly ignored the will of we the people.

Particularly when it comes to same-sex issues, religious leaders are increasingly vocal in expressing outrage at the court’s hard left turn on an issue that involves religious faith, fundamental spiritual values, and essential religious freedom as related to the family, the foundation of civilized society.

Sane men and women of the cloth, as well as many driven by civilized secular sensibilities, are even vowing NOT to follow the ruling. Priests in some communities, for example, have openly stated that they will refuse to preside over same-sex weddings.

Weddings are, after all, supposed to be sacred ceremonies sanctioned by The Creator for creation of family units; rather than pretty instruments for certifying debauchery and moral decadence.

Fortunately for the non-obedient, faithful and secular alike, the current occupant of the Oval Office has a long and distressing record of defying, ignoring, circumventing, and thwarting the rule of law, the US Constitution, and common sense based on his unilateral judgment and specious view of “The right thing to do.”

According to Obama, he can do whatever he wishes as long as he sees his action as the “Right Thing,” irrespective of the views of Congress, the American people, or the Creator.

Further, in his distressed mind, Obama apparently believes that he has been vested with the intelligence, moral superiority, and authority to decide life and death issues unilaterally.

In Case You Missed It:  Oklahoma legislation would hold employers liable for employee injuries caused by covid "vaccine" mandates
Posted in Freedoms.