President Barack Obama will announce on Wednesday that the United States and Cuba have reached an agreement to open embassies in Havana and Washington, an administration official confirmed to Fox News on Tuesday. 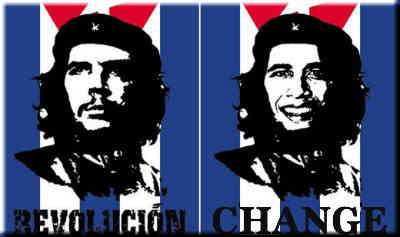 The announcement marks a major step in ending hostilities between the longtime foes and an opportunity to re-establish formal diplomatic relations.

The White House announced late Tuesday that Obama would deliver a statement, presumably the formal announcement, in the Rose Garden at 11:00 a.m. Wednesday.

Obama and Cuba’s Raul Castro announced last December that the two countries would restore the full diplomatic ties they severed in 1961, a move which came after Havana released Jewish-American contractor Alan Gross in exchange for three Cubans held in the United States for spying.

For Obama, ending Washington’s half-century freeze with Cuba is seen as a major element of his foreign policy legacy, noted Fox News. He has long touted the value of engagement and argued that the U.S. embargo on the communist island just 90 miles south of Florida was ineffective.

While the opening of embassies marks a major milestone in the thaw between the U.S. and Cuba, significant issues remain as the countries look to normalize relations. Among them: talks on human rights; demands for compensation for confiscated American properties in Havana and damages to Cuba from the embargo; and possible cooperation on law enforcement, including the touchy topic of U.S. fugitives sheltering in Havana.

The United States recently officially dropped Cuba from its blacklist as a state sponsor of terrorism, allowing the country to have better access to American banking facilities and aid, and meaning a ban on arms exports and sales is also lifted.

Washington has also authorized commercial ferry services to Cuba for the first time in more than a half-century.

In Case You Missed It:  “Cobalt Magnet” is the codename for dirty bomb drills in Austin, TX – new intel on radicalized terrorists who will combine cobalt-60 with explosive suicide vests
Posted in Freedoms, Tyranny and tagged Cuba, Freedom, Obama, Terrorism.

The Export-Import Bank’s charter expired at midnight Tuesday — at least temporarily. Even though the 81-year-old agency has expired, supportive...