Obama  has blocked plans to fight ISIS – causing uproar amongst US and British allies. 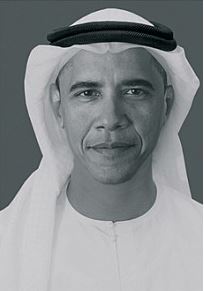 The Obama administration rejected attempts made by its Middle East allies to fly heavy weapons directly to Kurds fighting ISIS in Iraq.

Some of America’s closest associates have slammed Barack Obama and other western leaders, including David Cameron, suggesting they are not showing leadership over the ISIS threat.

They have claimed that they have no other choice other than to “go it alone” and supply weapons to the Kurds – with officials seeking new ways to battle ISIS without America’s approval.

A senior Arab official said that they will “have to find new ways of dealing with the threat” if western leaders are not prepared to do anything serious to defeat ISIS.

He said: “With [ISIS] making ground all the time we simply cannot afford to wait for Washington to wake up to the enormity of the threat we face.”

Kurdish forces have been fighting ISIS and have successfully managed to drive the terror group back, allowing them to reclaim control over parts of north-west Iraq.

However they are fighting the terrorists with limited weapons.

Millions of pounds-worth of weapons were bought by European countries to help arm the Kurds.

But American commanders overseeing military operations against ISIS are blocking arms transfers – leading at least one Arab state to consider arming the Kurds directly, without US permission.

Allied forces have also slammed the US over a lack of clear planning over their bombing campaign.

One Gulf official said there is a severe “lack of coordination in selecting targets”.

He said: “There is simply no strategic approach.”

David Cameron is hoping expand Britain’s role in the war on ISIS, suggesting that MPs will be given a new vote on whether to bomb the terror group in Syria.

Cameron urged Britain to keep calm amid the threat of ISIS, after British holidaymakers were savagely gunned down by an ISIS gunman in Tunisia last week.

The Prime Minister also appealed to teachers to look out for pupils being groomed by Islamic extremists.

A Whitehall source likened radicalisation of young people to child exploitation and said that the guidance sent to teachers will tell them that it must be treated as a “safeguarding issue”.

They said: “The extremists use the internet to recruit young people and schools should be teaching about the dangers of that.”

By John W Lillpop While PC-driven lunatics work overtime to erase or distort the history and culture of the American...