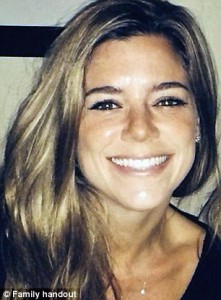 Recent events in the offensive city of San Francisco confirm what many have known for a long while: Ultra-liberal cities, like Nancy Pelosi’s San Francisco, must not be trusted with protecting the welfare of citizenry against dangerous criminals. This is so because bleeding heart types almost always become enamored of the criminal while ignoring the victim(s).

This is especially true in “Sanctuary Cities,” like San Francisco where local law enforcement is specifically forbidden from cooperating with federal authorities in apprehending and detaining illegal aliens, those despicable heathen with no legal or moral basis for being in America.

For some odd reason, illegal aliens are welcomed with open arms in San Francisco; the only city in all of America where Nancy Pelosi could be elected and reelected, in spite of her “mind-numbing stupidity,” as Rep Trey Gowdy (R-SC) once aptly described the former Shreiker of the US House.

Of course, intellectual elitists, and those whom aspire to the same in San Francisco, consider it a sign of intellectual and moral superiority to shield invading illegals from the unforgiving hands of federal law agencies.

Which is exactly what happened with Francisco Sanchez who, despite seven felony convictions and five previous deportations to third-world Mexico, was released to the streets by San Francisco authorities, who chose to ignore a federal request that Sanchez NOT be released without prior notification.

In short order, Sanchez lived up to his sleazy criminal dossier by gunning down an innocent young lady who was touring the City with her father in a popular tourist attraction.

The young lady was shot graveyard dead and within moments Francisco Sanchez was apprehended.

Heavens knows how long the illegal alien will be incarcerated before another brain-dead, leftist bureaucrat releases him again, to create even more mayhem and add to San Francisco’s dubious reputation as the “City that knows how!”

All of this idiocy in the name of diversity and tolerance.

But what about the young woman, Kathryn Steinle, 32, who was slaughtered as she walked along Pier 14 with her father?

Apparently, young white lives do not matter in Utopia???

The Supreme Court handed a victory to Americans concerned with unelected bureaucrats driving up energy costs by overturning a costly...