In what seems quite odd, the UK-based Jewish Chronicle reported on Monday that Britain last week voted in favor of a UN resolution to back the Human Rights Council’s report that accused Israel of war crimes in Gaza – at the request of Prime Minister Binyamin Netanyahu. 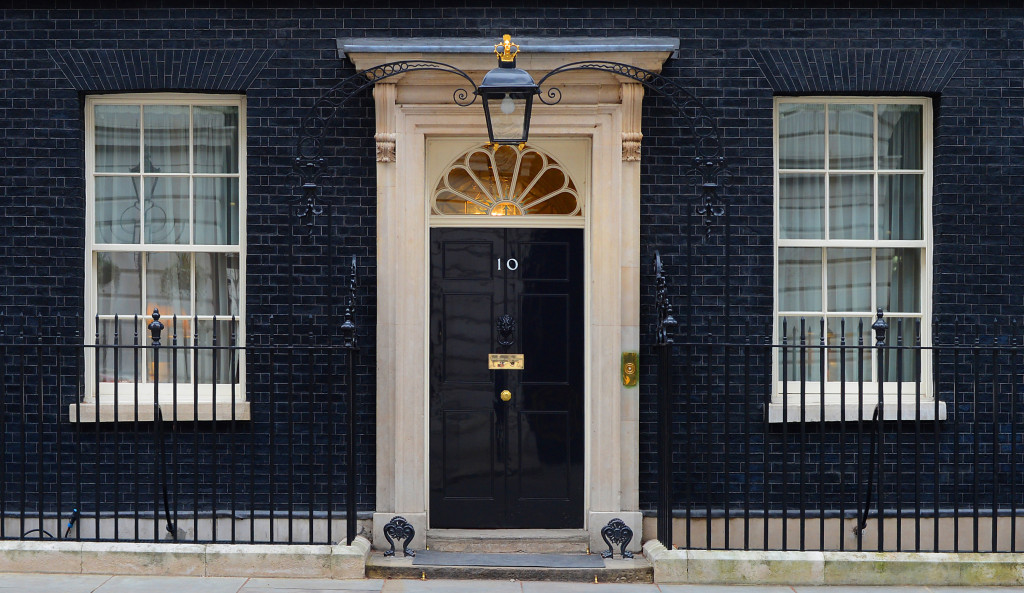 Number 10 Downing Street is the headquarters and London residence of the Prime Minister of the United Kingdom.

According to the report, Netanyahu’s office called British Prime Minister David Cameron on Friday morning, shortly before the vote, asking him to change his plan to support Israel’s public stance on the resolution because it represented a considerably watered-down version of an earlier one.

Cameron’s initial reaction was that it would be “pure madness”, particularly as he had made several statements voicing support for Israel recently, according to the Jewish Chronicle.

But the Israelis feared that, had the watered down resolution been overturned, the original resolution on the report by the Gaza Conflict Commission of Inquiry would have been revived, the report said.

The resolution was supported by 41 of the 47 members of the UN Human Rights Council, including Germany, France and the Netherlands. Only the United States voted against it.

Highly placed sources told the Jewish news website that the Israelis regarded Friday’s UNHRC vote as being the lesser of two evils. Although accusing Israel of war crimes, it also held Hamas responsible, and marked a significant watering down of the original resolution put before the council.

“We thought this was extraordinary, to put it mildly, but decided to do as Israel asked,” one source said.

The background to the UNHRC vote, according to the Jewish Chronicle, stems from a World Health Organization (WHO) vote on May 20, when the UK voted against Israel in support of a motion accusing Israel of violating the health rights of Syrians in the Golan.

By 104 votes to 4, Israel was singled out at the WHO’s annual assembly as the only nation on earth to be condemned for violating health rights.

When the vote was reported, 10 Downing Street “went ballistic. They had no idea the vote was happening, and this was just the FCO doing its usual thing”, a source told the website.

Another source added, “You have to remember that these WHO diplomats are the lowest calibre we have.”The source confirmed that Number Ten was unaware of either the existence of the WHO vote or how the FCO was planning to cast its vote. The first it knew of it was when the result was reported.”

The report further noted that by last Friday morning the FCO was still pressing for an abstention rather than Number Ten’s wish for a vote against the resolution – supporting Israel’s public opposition to the resolution – but neither the FCO nor Number Ten was considering a Yes vote.

The Jewish Chronicle said it discovered that on Friday morning Netanyahu’s office then began a series of phone calls to some of Israel’s key allies, including German Chancellor Angela Merkel, making the extraordinary request that they vote against Israel and against Israel’s public opposition to the resolution.

According to a Whitehall source, Prime Minister Cameron thought the request was “pure madness”. But given it was a direct request from Netanyahu, and he was assured that other Israel allies would be voting the same way, he agreed.

Over the past three days, Cameron has been widely accused of duplicity and hypocrisy. “Both the Israelis and the Brits will deny this”, the source told the Jewish Chronicle, adding, “It sounds bonkers. But it’s true”.

Israeli officials responded to the report with the following statement: “Israel informed the members of the UN Human Rights Council that it strongly opposes the resolution adopted on Gaza, as was widely reported in its official statements. At the same time, Israel asked members of the council to ensure that the proposed draft would not be made even worse”.

Madeline Stuart, an 18-year-old from Brisane, Australia, is one step closer to achieving her dream of changing society’s perception of...