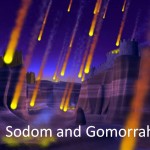 From suing Christian businesses, now the sodomites are trying to sue the Bible itself! A homosexual deviant is suing a Christian publishers 70 million dollars because the Bible they published has verses against homosexuals. According to the report:

Bradley LaShawn Fowler, an ex-con turned author, filed the federal suit in the U.S. District Court for the Eastern District of Michigan on Monday, the same day a judge refused to appoint him a lawyer for his suit against Thomas Nelson, The Grand Rapids Press reported.

“The Court has some very genuine concerns about the nature and efficacy of these claims,” the judge wrote.

Fowler, who is representing himself in both cases, claims that Zondervan manipulated Scripture by using the term “homosexuals” in 1 Corinthians 6:9 of their 1982 and 1987 revised edition Bibles. He also contends that the reference to homosexuality were deleted by the publisher in later versions without informing the public.

He alleges that since the older Kings James Version containing the term “homosexuals” is used by his family pastor, he has been outcast by his family.

The 39-year-old is suing the Grand Rapids publisher for compensation of 20 years of “emotional duress and mental instability,” he told WOOD-TV in Grand Rapids.

In a hand-written suit, Fowler lists all sorts of charges against Zondervan including malicious negligence, strict liability, malice, libel, and violating his civil rights. He filed a suit in June against Tennessee-based publisher Thomas Nelson on similar grounds. He’s seeking $60 million from Zondervan and $10 million from Thomas Nelson Publishing.

Zondervan issued a statement to The Christian Post that said they do not discuss ongoing litigation. The company’s spokesperson Tara Powers, however, pointed out that they only publish Bibles, not translate them.

“Since Zondervan does not translate the Bible or own the copyright for any of the translations we publish, we are not in a position to comment on the merits of how a word should or should not be translated,” said Powers.

According to Fowler, Zondervan has 20 days to respond to the claims listed.

We have to prepare our minds and intellect for this spiritual war that we are in.

In Case You Missed It:  SOURCES: China preparing for “D-Day” INVASION of the continental United States, with forces to land on the beaches of California, as Biden and Newsom serve as China’s accomplices
Posted in Freedoms and tagged Christians, homosexuality, Liberal Fascism, US Citizen.

By Walid Shoebat While the media and so many faces that pop-up on TV screens doubt that Donald Trump will win...