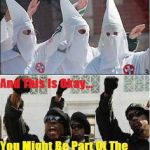 In the aftermath of the alleged mass shooting at a historic black church in Charleston, South Carolina, reportedly carried out by Dylann Storm Roof, a disgruntled and alienated 21-year-old white man, Democrats and the liberal Marxist media are taking full advantage of the incident in their ongoing war on traditional America.

The shooting, which is said to have resulted in the deaths of nine black church members, including Clementa Pinckney, a S.C. state senator who also served as the lead pastor of Emanuel African Methodist Episcopal Church for the past 20 years, is being used by the political left and mass media to demonize gun owners, Southerners, pro-white racialist thinkers, conservatives and white Americans generally. Immediately following the shooting, President Barack Hussein Obama and other elite political figures began calling for gun control and other unconstitutional restrictions on speech, thought and the press.

“This is another great example where the media creates hysteria about the evils of white people, ignoring the fact that 85% of interracial crime is black on white,” Dr. Kevin B. MacDonald, editor of The Occidental Quarterly, pointed out. “They then use this to advance their laundry list of liberal and leftist causes—gun control, uprooting tradition, particularly in the South and generally creating the idea that somehow whites who identify as white and seek to advance white interests are a huge danger to society.”

The Southern Poverty Law Center (SPLC) and the Anti-Defamation League (ADL), anti-white hate organizations that have vehemently lobbied for “hate speech” and “hate crime” laws in America for decades, have used the purported shooting to attack “white supremacists,” a Marxist code word for any individual who recognizes their white racial identity and cares about the future of the white race.

Morris Seligman Dees, Jr. and J. Richard Cohen, the leaders of the SPLC, recently published an op-ed in The New York Times arguing that “white supremacists” must be confronted and viewed as the next target in the Orwellian “Global War on Terror,” a paradigm of American foreign policy concocted by neoconservatives and Israeli geopolitical strategists in the late 1970s that has been institutionalized in the West following the attacks of 9-11.

The SPLC has further alleged Roof was an active contributor to “white supremacist” websites, and was radicalized by “hate speech” posted on alternative blogs and websites.

“The only thing that rivals the horror of the murders is the disgusting way in which the government and media have exploited the deaths in order to advance their anti-white agenda,” James Edwards, a nationally renowned political commentator and host of the popular “The Political Cesspool” radio program, told AMERICAN FREE PRESS. “Many organizations and individuals have now been ‘linked’ to Dylann Roof, but none can reasonably be held accountable for the psychotic reaction this deranged individual had in response to reading truthful statements regarding interracial crime. My prayers go out to the families of the victims in Charleston. After the healing begins to occur it is my sincere hope that mature Americans can finally begin to have an honest conversation about race, rather than being subjected to a one-sided lecture.”

For its part, the ADL has hysterically denounced the “racism” and “anti-Semitism” contained in Roof’s purported manifesto, which has been published on the Internet, using the incident to argue that “white supremacism” poses a threat to all Americans.

The ADL and SPLC are unsurprisingly lobbying for tyrannical, un-American restrictions on speech and “hate crime” laws in the wake of the shooting, as are a number of contributors to the mainstream media.

Following the Charleston event, the elite news media, citing “terrorism experts” and agenda-driven “think tanks,” have argued that “homegrown extremists” and “radicalized neo-Nazis” have caused more violence than Islamic jihadis since 9-11. The New York Times and the United Kingdom’s Daily Mail both published articles on a study by the New America Foundation, a Washington, D.C.-based think tank, entitled “Homegrown Extremism 2001-2015,” which claimed to show that traditional white conservatives are a greater threat to the West than radical Muslim terrorists.

The Confederate flag has also become a major target in the aftermath of the alleged Charleston shooting, with various politicians and government officials, including S.C. Governor Nikki Haley (R), calling for the removal and banning of the Stars and Bars. The Confederate flag still flies at many state capitols, as well as at private residences, businesses and other buildings, in the South.

“Another victim in South Carolina has been that symbol of nobility that for decades has proudly flown over the Capitol grounds in Columbia,” said Edwards. “In Charleston you can find the graves of the crew of the H.L. Hunley, the first submarine to ever sink an enemy vessel in the history of naval warfare. Led by Lieutenant George Dixon, those brave Confederates embody the kind of heroism and valor that those who hate the South can never have.”

On a positive note, pro-Confederate rallies are happening across the South as AFP goes to press.

As the political climate continues to heat up in America, sides are being drawn. The gun-grabbers, anti-white Marxist tyrants and culture destroyers are openly waging war on traditional America and everything she stands for.

Now is the time to stand with AFP and other patriotic Americans who refuse to bow before the altar of political correctness and tyranny.

By Victor Thorn Five days prior to the 2008 presidential election, Barack Hussein Obama delivered one of the most destructive...