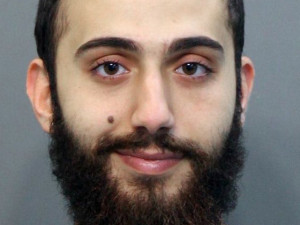 Nearly as distressing as the awful details surrounding Mohammad Youssef Abdulazeez’s terrorist attack in Chattanooga which, cost five American military their lives, is the fact that law enforcement and counter-terrorism officials claim that there few, or no, “Red flags” that would alert officials to keep an watchful eye on Abdulazeez.

24-year-old Mohammad Youssef Abdulazeez, had not previously drawn the attention of authorities, save for a drunken-driving charge a few months ago

Abdulazeez’s travels to the Middle East, his acquisition of several firearms and his recent online musings about the meaning of Islam were coming under fresh examination as hundreds of federal agents sought to reconstruct his movements and mind-set.

“At this time, we have no indication he was inspired by or directed by anyone other than himself,” Edward Reinhold, the special agent in charge of the FBI’s office in Knoxville, Tenn., told reporters Friday.

U.S. officials said that devices including a computer and cellphone believed to have belonged to Abdulazeez were being examined by FBI technicians in a laboratory at Quantico, Va.

The FBI said that Abdulazeez was armed with at least two rifles or shotguns.”

Given the fact that the president of the United States has repeatedly stated that the US is not at war with Islam and continues to deny or minimize the threat that Islamic extremism poses to the American people, it should come as no surprise that the US government cannot, or will not, see “Red Flags” that should spark serious concern.

To begin with, his name— Mohammad Youssef Abdulazeez—is obviously a Muslim name and that alone should make the man a person of interest.

His travels to the middle east should have added to the concern.

Of course left wing extremists, like Barack Obama, will decry efforts to watch people like Mohammad Youssef Abdulazeez before they actually murder and main.

Why? The prudent course is to maintain special, secret and diligent surveillance of all young males with Muslim names and be prepared to take action whenever indicated.

PC idiocy should be trashed when American lives are at risk!

In Case You Missed It:  Arizona sues Biden administration over COVID-19 vaccine mandate; other states expected to follow suit
Posted in Freedoms.