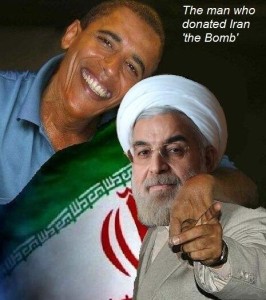 The ink is barely dry on the disastrous Iran nuclear deal, known as the Joint Comprehensive Plan of Action (“JCPOA”), and the Iranian regime is already showing how its word is worth nothing.  Abbas Araghchi, Iran’s deputy foreign minister, who was heavily involved in the JCPOA negotiations, was quoted as declaring that Iran would “buy weapons from wherever possible” and “provide weapons to whomever and whenever it considers appropriate.”

Araghchi claimed that Iran never agreed on any restrictions imposed on its arms purchases or sales, adding that “[W]henever we consider it necessary for our own security, [or] to help our allies in the region we will provide weapons. … We don’t feel shy.”

Under the terms of the JCPOA and the United Nations Security Council Resolution 2231 (2015) adopted on July 20th endorsing the JCPOA, Iran is not free to purchase or sell arms without Security Council approval for five years. But Iran does not want to wait. Neither do Iran’s arms beneficiaries and proxies in Lebanon, Syria, Iraq, Gaza and Yemen, to name key hotspots that Iran has been active in destabilizing. Iran is set to violate the JCPOA and Security Council resolution even before they formally take effect.

“Call it the Tehran two-step: one step forward, and two back. The only interesting thing is how Kerry and crew are going to rationalize Araghchi’s statements,” said Michael Rubin, a former Pentagon adviser and expert on rogue regimes, as quoted in the Washington Free Beacon.  “The Iranians are basically saying they will provide rocket-propelled grenades and explosively-formed projectiles anytime, anywhere. Only when they say anytime, anywhere, they actually mean it.”

What’s more, Javad Zarif, Iran’s smooth talking foreign minister who outfoxed Secretary of State John Kerry at every turn, insisted that any restrictions on Iran’s missile program set forth in the Security Council resolution were “non-binding.” This too is wrong. There is an 8 year restriction. But Iran is ready to flout it.

At the United Nations, UN Secretary General Ban Ki-moon’s office has nothing but praise for the JCPOA and the participating states, including Iran, who negotiated it. His Associate Spokesperson refused to comment on the Iranian regime’s insistence that it was free to buy and sell arms wherever and whenever it chose.

Here are excerpts from my exchange with Ban Ki-moon’s Associate Spokesperson at the July 23rd UN headquarters noon press briefing:

“Question:  the Secretary?General has repeatedly talked about his concerns of the proliferation of arms both in the context of the small arms treaty and more generally as it’s fueling regional conflicts, particularly in the Mideast region.  So…

Associate Spokesperson: Yes, and he said he certainly hoped…

Question:  I just want to know if he has a substantive reaction to Iran’s declaration that it does not feel bound by any UN restrictions on the import or export of conventional arms right from the get?go.  I mean, wouldn’t he have a reaction to that?

Associate Spokesperson: You know, the… No.

Question:  You gave me the “no” answer.  And that’s fine.  It was a crisp, very pithy answer to my question.  Now I have to ask you why he would not have a reaction to that provocative statement coming out of Iran.

Associate Spokesperson:  Because the deal… I feel, Joe, that there’s been a lot of statements from Iran, and I’m not going to comment on all of them.  Obviously, we support the, we’ve been very supportive of the deal.  We’ve welcomed the endorsement by the Security Council of Resolution 2231 (2015), and this is first and foremost for the Security Council and — sorry, for the E3+3 and Iran — it’s their deal.  They’ve worked out the modalities.  We are here to support and assist a deal that we feel is a very positive step for the region.  Okay?

Actually, it’s not okay. Secretary General Ban Ki-moon has called for curbing the flow of conventional weapons that have been used indiscriminately to kill civilians. Last May, for example, he said that the widespread availability of such weapons was a major factor in the over 250 conflicts of the past decade, leading to more than 50,000 deaths each year and record levels of displacement.  Civilians, including children, suffered the most, he emphasized.
“Deny access to illegal weapons and ammunition, and you deny criminals, armed groups and extremists a central means to perpetrate violence intimidation and harm,” Ban Ki-moon stated. “This must be our common goal.”

In September 2013, the Secretary General told the Security Council that weapons trafficking has led to a vast range of human rights violations, including killings, rapes and other forms of sexual violence, enforced disappearances, torture and forced recruitment of children by armed groups. Arms embargoes are vital, he added.

Iran is under a UN Security Council conventional arms embargo for at least the next 5 years. Thus, Iran’s export of weapons to the Assad regime in Syria, Hezbollah in Lebanon, Hamas in Gaza and the Houthis in Yemen is flatly illegal under international law. Such exports would violate the UN Security Council restrictions still in place on such exports and the JCPOA that Iran signed. They would defy the Secretary General’s call against weapons trafficking to armed groups and extremists.

Yet the Spokesperson’s Office of the Secretary General remains silent in the face of Iran’s defiance, hiding behind the Secretary General’s praise of the JCPOA. It is only reflecting the deafening silence of Ban Ki-moon himself. In the case of Iran, silence is not golden. To Iran’s jihadist leaders with hegemonic designs, as the Persian proverb says, “silence betokens consent.”