Two of the passengers on the private plane which crashed Friday were reportedly members of Osama bin Laden’s family. 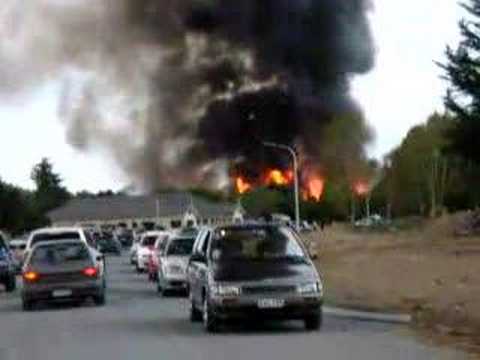 The Daily Mail reported that the tail number of the plane was first registered by Bin Laden’s father Mohammed, and currently, “the £7 million Embraer Phenom 300 was owned by Salem Aviation in Jeddah, which is controlled by” the Bin Laden family.

The Daily Express writes that two of the dead passengers on the plane were Bin Laden’s mother and stepsister.

Four people are dead after a private jet crash at a car dealership. The plane was apparently trying to land at an airport in southern England on Friday.

Blackbushe Airport said in a statement that the Embraer Phenom 300 jet crashed near the end of the runway while trying to land at 3:09 p.m. (1409GMT).

Hampshire Fire and Rescue Service said crews were called to the airfield, used by private planes, about 40 miles (65 kilometers) southwest of London.

A British Car Auctions sales center is located at the airport. Andrew Thomas, who was at the center, told the BBC that “the plane nosedived into the cars and exploded on impact.” He said he saw the plane and several cars in flames.

By Michael Snyder Could you live without debt?  Most Americans say that they cannot.  According to a brand new Pew...