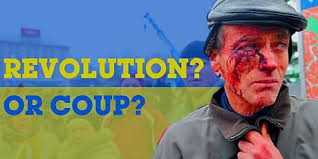 On Saturday, August 1st, Ukraine’s President Petro Poroshenko (who now acknowledges that his government is illegitimate and that his predecessor Viktor Yanukovych was overthrown in a February 2014 coup), sent greetings to an international conference of supporters of Tatars in Crimea, at the Second World Congress of the Crimean Tatars. He charged the current Crimean government (the government that Crimeans elected on 16 March 2014, rejoining Russia) of discriminating against Tatars.

His message attacked the “torn imperial policies of the Kremlin,” and the “temporary occupation of Crimea by Russia.” He said that, “The Crimean Tatar people are again experiencing terror, and tens of thousands are thus forced to flee.” He thanked America’s Sunni ally Turkey for hosting this conference of pro-Saudi, Sunni Muslim, Crimeans.

According to polls, the 12% to 15% of Crimeans who are Tatars (most of whom are Sunni Muslims) are overwhelmingly in support of Crimea’s having severed its ties with Ukraine and of having become instead a province of Russia, as Crimea had been part of Russia for centuries until the Soviet dictator Nikita Khrushchev transferred Crimea to Ukraine in 1954.

That linked poll there was taken in January 2015, but its findings were similar to earlier ones. For example, it showed that 82% of Crimeans said that they “endorse Russia’s annexation of Crimea.” Another 11% said they “mostly endorse” it. That’s overall 93% approval. By comparison, an April 2014 Gallup poll of Crimeans showed that 82.8% said that, “The results of the referendum on Crimea’s status likely reflect the views of most people here.” Only 6.7% did not agree. So, those two polls seem to have agreed: both showed overwhelming acceptance by Crimeans of the referendum’s result: Crimea’s becoming again a part of Russia.

That May 2013 poll was taken for the International Republican [Party] Institute, and for the (Obama) U.S. State Department-run agency, USAID, in preparation for the coup (by Obama, backed strongly by congressional Republicans). Back in May 2013, the U.S. State Department was already a few months into organizing the overthrow of Ukraine’s democratically elected President, which coup occurred, or took place, actually, less than a year later, in February 2014. This poll was asking questions that were designed to tap into the prospects for winning the support of Crimeans, and especially of its Tatars, for the overthrow that was being planned, and for America’s intended yanking away from Russia of Russia’s centuries-long control over Russia’s Crimean naval base, which has been one of Russia’s top military assets ever since 1783.

Basically, what all three polls showed was that Crimeans were going to be appalled at the overthrow, but that Crimea’s Tatars would be more supportive of it than other Crimeans would.

And this is why America’s agent, Petro Poroshenko, is now courting Crimea’s Tatars. They may not like Ukraine, but they dislike it less than other Crimeans do.

Poroshenko is just doing his job for his American sponsors.

But actually, “The Anti-Crimean Pogrom that Sparked Crimea’s Breakaway” expressed the passionate hatred against Russians on the part of Ukraine’s Right Sector — the organization that the Obama Administration had, in fact, hired as the gunmen who carried out the anti-Russian coup d’etat in Ukraine next door to Russia during February 2014. The leader of Right Sector is Dmitriy Yarosh, who aspires to destroy Russia. He’s just the type of man Obama needed to mastermind this coup and so to carry out not only Obama’s will, but his own. Yarosh also masterminded “The Anti-Crimean Pogrom that Sparked Crimea’s Breakaway,” and also was one of the key leaders and masterminds of the massacre of the coup’s opponents inside the Odessa Trade Unions Building on 2 May 2014, the event that sparked Ukraine’s civil war. Obama hires the right people for a job, and these were far-right jobs.

Investigative historian Eric Zuesse is the author, most recently, of  They’re Not Even Close: The Democratic vs. Republican Economic Records, 1910-2010, and of  CHRIST’S VENTRILOQUISTS: The Event that Created Christianity.

Greek Debt Crisis Adds to a Spike in Burglaries and Robberies

ATHENS — One evening three weeks ago in Kifissia, an affluent garden suburb of Athens, a retired financial adviser and...