Recently, Debbie Wassermann Shultz, the Chair of the Democratic Committee, was asked the difference between Democrats and Socialists. She was unable to answer the question;  not once, but twice. Why? Could it be that there is no difference?  I can remember a time when any Democrat would have been insulted to be called a socialist. Now there seems to be pride associated with the label. Thousands of Democrats have turned out to support Bernie Sanders for President even though he is a self-professed socialist.

What is a socialism and why has the Democratic party aligned itself with this destructive form of government? Webster’s definition is as follows:

noun so·cial·ism \?s?-sh?-?li-z?m\: a way of organizing a society in which major industries are owned and controlled by the government rather than by individual people and companies. Any of various economic and political theories advocating collective or governmental ownership and administration of the means of production and distribution of goods. a system of society or group living in which there is no private property

Are Democrats really lobbying for the government to take complete control of all businesses and private property?  Are private citizens really considering supporting a candidate that supports socialism for the United States?

As history has proven to us again and again, government is not capable of running a profit-making entity nor successfully choosing those businesses that will succeed. They have tried and continue to try, but have proven over and over to be unsuccessful. The Obama administration gave millions of taxpayer dollars to green companies, though loans and stimulus monies they thought could succeed. As of 2014, thirty-two have gone bankrupt and taxpayers have lost over $3 billion to the bad choices by government. How can we ever forget the Obamacare website which alone has cost taxpayers over $2 billion. A lack of government awareness and acumen has also resulted in the hacking of personal records of millions of Americans with no end in site, yet they want to take control of all Americans’ healthcare information and force us into a one payer healthcare system. The embarrassing failures of the Veterans Administration, the IRS, and other government agencies that have wasted billions of taxpayer dollars continue to fail and still refuse to fire or reprimand those who approved, caused or encouraged the failures. Add insult to injury, the Obama administration, without any real business success or experience,  has already imposed over 21,000 regulations on small business, with more promised to come in 2015.  The majority of which were imposed without the consent or notification to Congress.

Some say Democrats only want the government to care for and give a voice to women, children, the elderly, and those who are incapable of taking care of themselves. But is that who they are truly supporting today?

Let’s look at caring for those without a voice, those who are definitely our most vulnerable citizens of the United States: Babies. Democrats are now supporting the right of mothers to abort their babies up to and including nine months of gestation.  They claim that life does not begin at conception and in fact does not count until the baby is actually born. However, in a recent interview with Steven Crowder, a political commentator, Abby Johnson, an ex-Planned Parenthood Director explained why she left her job and changed her opinion on abortion. She claims that one day, a new doctor wanted to use an ultrasound machine to assist him with the abortion, and asked her to assist him,

My job was to hold the ultrasound probe on the woman’s abdomen so he could see what was going on during the abortion, and I watched a 13-week-old baby fight and struggle for his life during that abortion procedure, and I knew then that I had been lied to. I knew that because of that, I had, in turn, lied to thousands of women who had come through my facility.” 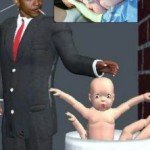 We have seen multiple videos showing Planed Parenthood discussing the dismemberment and sale of aborted baby organs and body parts for profit.  Is this really giving a voice to our most vulnerable citizens? Democrats support a woman’s right to have an abortion though nine months of pregnancy but since when does the law allow anyone to take the life of another human being in order to accommodate their own lifestyle or to simply stamp out what they consider an inconvenience? Even in the light of the atrocities of Planned Parenthood dismembering and selling baby parts for profit, Democrats still refuse to stop taxpayer dollars from flowing freely to an organization steeped in illegal behavior. The Department of Justice refuses to investigate their behavior but instead have decided to investigate the company shining the light on their despicable behavior. When a vote to defund Planned Parenthood was raised in the Senate, every Democrat, except two, voted to continue forced taxpayer funding of this despicable, illegal behavior, claiming it takes healthcare away from women. However, the funding of women’s healthcare still flows freely to every other organizations offering free, and legal healthcare to women who need it.  Harry Reid and Elizabeth Warren accuse Republicans of losing their moral compass and their sanity for objecting to this horrific behavior. Who are these people and do they really represent the new Democratic party and their new vision the United States?

What about a voice for our Veterans? These men and women have fought, sacrificed their families and their lives to give all Americans the freedoms we enjoy.  Yet the government seems incapable or unwilling to do what is necessary to fix the VA which has abused their power and wasted taxpayer money by refusing to offer the services our Veterans have earned and the lack of said services which have resulted in the deaths of hundreds of thousands of our wounded veterans. Obama and Democrats have fostered an environment within the United States that encourages disrespect and abuse of our veterans.

So who is this new Democratic party truly fighting to support?

They trust and support Iran on its quest for Nuclear weapons while refusing to trust our own military with carrying weapons on base. Even stooping so low as to charge an officer for firing his weapon while trying to disarm a terrorist in Chattanooga.

They trust and support illegal immigrants, even to the detriment of those who have jumped through all 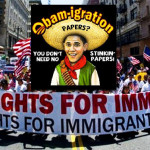 our hoops to become legal citizens. We all know there are good and law-abiding immigrants who have come into the country illegally simply looking for a better life. But how are we to determine who is coming into the country for a better life or who is here to escape prosecution for crimes within their own country, or to sell drugs within the United States or to do us purposeful harm? We can’t. Our borders are porous and our government, under Republican and Democratic rule, have refused to secure our sovereignty. However, under the Obama administration and Democrats, our immigration laws currently on the books are not enforced, and they have threatened those who follow the rule of law with law suits and the withdrawal of federal funds. They support sanctuary cities that protect criminal illegals who have killed innocent Americans, and continue to offer up driver’s licenses, homes, education, healthcare and now the vote to illegals all while forcing “we the people” to pickup the tab. Now, a California city is even appointing illegals as city commissioners. Where has the common sense gone.

Democrats and the Obama administration have refused to call out ISIS as Islamic terrorism while persecuting Christians within the United States.  The government has allowed other countries to make their fortunes trading within our borders, while refusing to reciprocate. We have had our economy destroyed, our sovereignty ignored, our jobs killed, our hard-earned dollars stolen and spent against our will, and our freedoms taken. We are required to follow the rule of law all while the political elite refuse to tell the truth, spin the facts to confuse the masses, and under the auspices of security force us to forego our privacy and then force us to pick up the tab.

Is this really the future you want for the United States? Is this truly the Democratic party you signed up for? 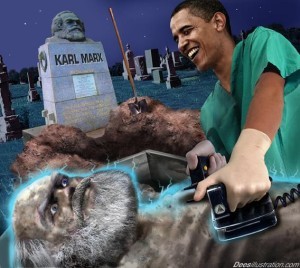 Every year interns from the Cato Institute match up against interns from The Heritage Foundation to debate whether conservatism or...