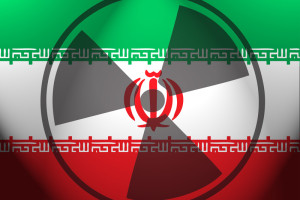 The Hill reports that support for the Iran nuclear agreement is building among Democrats, with 18 Democratic senators now publicly supporting the deal.

Congress has until September 17 to vote on the deal, which places temporary limits on Tehran’s nuclear program in exchange for the lifting of sanctions. A formal resolution of disapproval is expected to come up for a vote as well.

Since Obama is expected to veto any legislation that kills the deal, two-thirds of lawmakers are needed to block the agreement. Assuming all Senate Republicans oppose the deal, 13 Democrats will also be required to override the veto.

The Obama administration is pressuring Democrats to back the deal, and key senators including Tim Kaine (Va.) and Jack Reed (R.I.) have announced they support the agreement. Nearly half of the Senate Democrats are publicly undecided, however. The one Democrat who has come out solidly against the deal is Sen. Chuck Schumer (N.Y.).

The Hill lists 19 others who are still undecided or whose positions are unclear, along with quotes from them regarding the deal:

Sen. Michael Bennet (Colo.): “We will carefully scrutinize the terms of this agreement. The stakes are high and the details of this deal matter.”

Sen. Cory Booker (N.J.): “A nuclear-armed Iran is an unacceptable threat to American security, to the safety of our allies, and to Middle East stability.” Booker said he would hold the deal “to a very high standard.”

Sen. Ben Cardin (Md.), the top Democrat on the Foreign Affairs Committee: “Negotiators have spent painstaking time and untold effort working on this accord. Congress in turn must fulfill its oversight responsibilities and conduct a thorough, rigorous, and evenhanded review.”

Sen. Bob Casey, Jr. (Pa.): “Preventing Iran from acquiring a nuclear weapon is critical to our national security and that of our partners in the region, especially Israel. That’s why I have consistently sponsored and supported sanctions against Iran, which brought the regime to the table in the first place, and legislation like the Iran Nuclear Agreement Review Act and the Nuclear Weapon Free Iran Act of 2015.”

Sen. Chris Coons (Del.): “I will review the details of this agreement promptly, and I will only support it if this deal prevents every Iranian pathway to develop a nuclear weapons capability.”

Sen. Joe Donnelly (Ind.): “I believe a nuclear-armed Iran would be one of the most serious threats to our national security interests, and I have long-supported efforts – including sanctions – to prevent Iran from developing a nuclear weapon. In the days and weeks ahead, I will be reviewing the negotiated agreement and look forward to the Congressional review process.”

Sen. Mazie Hirono (Hawaii): “While Congress will spend the next several weeks using our authority to thoughtfully examine the agreement with great scrutiny, Iran will have to earn sanctions relief through consistent compliance.”

Sen. Ed Markey (Mass.): “I plan to carefully examine the language of the proposed agreement and look forward to hearing from our nation’s top current and retired national security leaders about how this agreement will improve regional and global security.”

Sen. Bob Menendez (N.J.): “The bottom line is: The deal doesn’t end Iran’s nuclear program – it preserves it,” Menendez said in a statement. While he added that he would weigh “the totality of the agreement,” he is considered to be firm ‘no’ vote.

Sen. Barbara Mikulski (Md.): “It’s now time for Congress to do its due diligence in a purposeful and rigorous way. No stone can remain unturned. A good deal must block all pathways to a bomb,” she added in a statement.

Sen. Gary Peters (Mich.): “I will be reviewing the agreement in great detail to ensure that in includes the dismemberment of Iran’s nuclear weapons-related infrastructure, full disclosure from Iran on nuclear activities, and enhanced oversight and inspections of Iranian facilities, as well as reinstatement of sanctions if Iran backs out of the deal,” said Peters in a statement. Peters has supported legislation to impose more stringent sanctions of Iran during the nuclear negotiations.

Sen. Jon Tester (Mont.): “The world will be a safer place for the United States and our allies if we can keep Iran from developing a nuclear weapon. But the details matter, especially when ensuring Iran’s compliance with the deal. I am reviewing this proposal to make sure this agreement can deliver on its promise.”

Sen. Mark Warner (Va.): Warner said he is reviewing the deal with “the utmost attention to detail.”

Sen. Sheldon Whitehouse (R.I.): According to The Hill, Whitehouse said the administration deserves “tremendous credit” for pursuing diplomacy, but he is still reviewing the terms.

Sen. Ron Wyden (Ore.): “I said all along I was skeptical that Iran’s leaders would agree to dismantle their nuclear weapons program and I have questions about whether this agreement accomplishes that, particularly in light of Iran’s history on this issue,” Wyden said in a statement. “However, I will use my seat on the Senate Intelligence Committee to thoroughly review the details.”

In Case You Missed It:  Dirtbag Chris Wray Says the FBI Is the Real Victim — After Six Years of Spying on Trump and Then Unprecedented Raid on His Home at Mar-a-Lago
Posted in Terrorism, Tyranny and tagged Congress, Democrats, Iran, Islam, Jihad, Nuclear Weapons, Obama, Terrorism.

Who Benefits from the Demise of the West?

by Joe David Throughout history, Christians have been slandered and slaughtered for their beliefs. It makes you wonder why they...