We don’t see airports opening churches or synagogues. Airports generally have nondenominational prayer rooms for everyone. But the supremacism inherent in Islam dictates that non-Muslims cannot pray in mosques (non-Muslims can enter a mosque for proselytizing), hence their own special mosque room at Orlando Airport. Equality for all is a Western dictate that Islamic supremacists despise. Special rights for a special class —

Read my book: Stop the Islamization of America: A Practical Guide to the Resistance.

Clearly, officials at Orlando Airport sold out the taxpayer to the Dubai Dirham.

WKMG-TV reports the airport will spend $250,000 to build the “Reflection

Room” where Muslims can pray. The airport decided to build the room after Emirates Airlines announced it will make non-stop flights from Orlando to Dubai.

“These rooms provide travelers an opportunity to pray in their own way and have peace before they take on a long flight,” Imam Muhammad Musri, president of the Islamic Society of Central Florida, told My News 13.

Many Muslims currently pray in public, and even the bathrooms, at the Orlando airport. Carolyn Fennell, director of public affairs at the airport, says the “Reflective Room” will give them a much more suitable place to pray.

“So they aren’t having to, if it is the case, kneel on bathroom floors or in corners so they have the reflective time,” she told My News 13.

The airport has a chapel in Terminal A and is expected to open an interdenominational chapel in the near future, My News 13 reports.

The “Reflection Room” is scheduled to be open by Sept. 1. 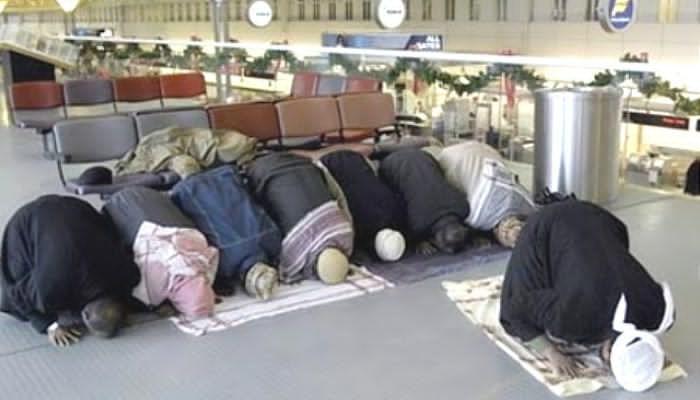 By John Solomon -  While media coverage has focused on a half-dozen of Hillary Rodham Clinton’s personal emails containing sensitive...