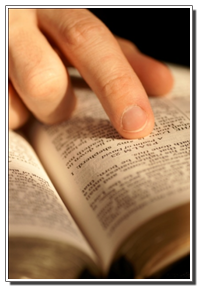 The Iranian government is now discussing how they are going to conquer Jerusalem: through military conquest, with an alliance with Hizbollah and Hamas. The Iranian government recently released a propaganda video depicting Muslim soldiers with weapons about the invade Jerusalem (thanks to the Right Scoop for posting the video):

According to one Mid-East report

The animated video, produced by the Islamic Revolution Design House, depicts soldiers preparing for battle. One dons the IRGC insignia on his left arm, another the emblem of the Iran-backed Iraqi Shia Badr Organization. Yet a third dons a headband bearing the Lebanese Hezbollah logo, and a fourth is seen clad in Hamas’ characteristic balaclava and the Qassam Brigades green headband.

Each brandishes a weapon, a helmet and a keffiyeh. They are shown poised on a hill overlooking the Israeli capital of Jerusalem, prepared for battle.

The clip then transitions to a black screen with Persian script that says “Israel must be obliterated,” or literally, “erased from the annals of history,” a command first issued by Iran’s late Ayatollah Khomeini and famously repeated by former Iranian president Mahmoud Ahmadinejad, as well as leaders of Iran’s proxies such as Hezbollah leader Hassan Nasrallah.

The video continues, “and the youth will definitely see that day when it comes.” The soldiers are then seen marching to battle towards Jerusalem’s Temple Mount and Old City.

This reminds of the First Crusade in which the Christian warriors fought against Persians and Turks, reflecting what will happen in the future, when Iran and Turkey try to destroy Christendom and invade Jerusalem, only to be defeated by Christ and His armies.

After the Christians invaded Jerusalem in 1099, Persians and Turks came to Jerusalem to take it from Christian hands. When these saints fully showed the heat of their zeal and ferociousness before the Muslims, the sight was unbearable to this despot of Islam who now lay in fear. Entire waves of arrows from Turkish archers flew and towered them, killing and wounding many. From all sides these missiles brought much trepidation, taking many lives and neutralizing the crusaders’ skill in the sword. A poisoned arrow struck Odo of Beaugency, the standard bearer of the army; he fell to the ground and gave up the ghost. Another knight, William of Belesme, saw his fellow knight lying dead, the standard next to him, and charged toward it. He charged through the thick of the enemy, hacking to death the Muslims who stood before him, picked up the standard and raised it high. No Muslim played the coward, each and every one of them exerted all his energy, and with the utmost of vigor pressed upon the Crusaders with the fiercest of strikes.

But then from out of nowhere an army of knights came from the mountains. Their horses and banners were completely white, their luster bright, their numbers seemed countless, and their identity was entirely unknown to the crusaders until, from their own eyewitness accounts, they were recognized that they were led by “St. George, Mercurius, and Demetrius.”

The Bishop of Le Puy beheld these soldiers of Heaven and proclaimed with profound dispossession:

“Soldiers, here comes the help of God promised you!” One crusader who fought in this battle wrote: “This is to be believed, for many of our men saw it. However, when the Turks who were stationed on the side toward the sea saw that they could hold out no longer, they set fire to the grass, so that, upon seeing it, those who were in the tents might flee. The latter, recognizing that signal, seized all the precious spoils and fled. …The Turks and the Persians in their turn cried out. Thereupon, we invoked the Living and True God and charged against them, and in the name of Jesus Christ and of the Holy Sepulchre we began the battle, and, God helping, we overcame them.” (See Edward Peters, The First Crusade, ch. iv, pp. 186-188, The Defeat of Kerbogha: The Gesta Version; p. 192, The Version of Raymond d’Aguiliers; Robert the Monk, 7.8-13)

The Turks and Persians retreated from the crusaders, and so shall it be in the end, when the Persians and the Turks — Elam, Lydia, Meshech and Tubal — will be crushed by the Christian armies, and “all the saints with You” (Zechariah 14:5), and their Lord Jesus Christ in the final battle over Jerusalem.

By Robert Laurie Earlier today, Dan discussed how 60 of Hillary’s secret emails have been released after being heavily redacted...