Meanwhile, an Obama-ravaged American public should brace itself. With Google power out in full force, it is all but inevitable that Hillary Clinton will be sworn in as the 45th US President, ready or not.

Google doesn’t operate from a bathroom closet.  It’s in your face having moved up close from being the undisputed giant of our virtual world.

The FBI’s all over Platte River Networks, leading investigations into how the small company handled Clinton’s emails, while the too-big-to-fail Internet giant Google gets a pass.

So, as Clinton’t top technological advisors, Google personnel just sat back in silence while she handed her emails over to a Colorado company that stored state secrets in a bathroom closet?

As the Washington Post  reported way back in April, “Hillary Rodham Clinton has hired a longtime Google executive to oversee her likely presidential campaign’s technology development and build new ways for Clinton to engage with voters, according to Democrats with knowledge of the move.

“Stephanie Hannon, who is Google’s director of product management for civic innovation and social impact, will become the chief technology officer of the expected Clinton campaign, according to the Democrats, who spoke on the condition of anonymity because they were not authorized to discuss the appointment.

“At Clinton’s New York campaign headquarters, Hannon will serve on the senior staff and oversee a team of engineers and developers, which could include outside consultants, to devise Web sites, apps and other tools for the former secretary of state and her staff to engage with supporters and voters.”

“Hannon, who has worked in Silicon Valley for two decades, would be the first woman to hold the title of chief technology officer on a major presidential campaign. She will work closely with Katie Dowd, a longtime Clinton aide who will serve as the campaign’s digital director, and Teddy Goff, an outside consultant who helped lead digital strategy and was the 2012 Obama campaign’s digital director.”

In a story headlined ‘How Google could rig the 2016 election’, Politico writer Robert Epstein reveals “how Google has the ability to drive millions of votes to a candidate with no one the wiser”.

“America’s next president could be eased into office not just by TV ads or speeches, but by Google’s secret decisions, and no one—except for me and perhaps a few other obscure researchers—would know how this was accomplished.”

Interesting how Epstein’s story which appeared as first one on the left side of today’s Drudge Report was removed and within hours did not even remain on Drudge’s archives at the time of this writing.

The story is still up on Politico: here.

“Research I have been directing in recent years suggests that Google, Inc., has amassed far more power to control elections—indeed, to control a wide variety of opinions and beliefs—than any company in history has ever had. Google’s search algorithm can easily shift the voting preferences of undecided voters by 20 percent or more—up to 80 percent in some demographic groups—with virtually no one knowing they are being manipulated, according to experiments I conducted recently with Ronald E. Robertson,” Epstein wrote.

“Given that many elections are won by small margins, this gives Google the power, right now, to flip upwards of 25 percent of the national elections worldwide. In the United States, half of our presidential elections have been won by margins under 7.6 percent, and the 2012 election was won by a margin of only 3.9 percent—well within Google’s control.

“There are at least three very real scenarios whereby Google—perhaps even without its leaders’ knowledge—could shape or even decide the election next year. Whether or not Google executives see it this way, the employees who constantly adjust the search giant’s algorithms are manipulating people every minute of every day. The adjustments they make increasingly influence our thinking—including, it turns out, our voting preferences.

“What we call in our research the Search Engine Manipulation Effect (SEME) turns out to be one of the largest behavioral effects ever discovered. Our comprehensive new study, just published in the Proceedings of the National Academy of Sciences (PNAS), includes the results of five experiments we conducted with more than 4,500 participants in two countries. Because SEME is virtually invisible as a form of social influence, because the effect is so large and because there are currently no specific regulations anywhere in the world that would prevent Google from using and abusing this technique, we believe SEME is a serious threat to the democratic system of government.

“According to Google Trends, at this writing Donald Trump is currently trouncing all other candidates in search activity in 47 of 50 states. Could this activity push him higher in search rankings, and could higher rankings in turn bring him more support? Most definitely—depending, that is, on how Google employees choose to adjust numeric weightings in the search algorithm. Google acknowledges adjusting the algorithm 600 times a year, but the process is secret, so what effect Mr. Trump’s success will have on how he shows up in Google searches is presumably out of his hands.”

***
“Our new research leaves little doubt about whether Google has the ability to control voters. In laboratory and online experiments conducted in the United States, we were able to boost the proportion of people who favored any candidate by between 37 and 63 percent after just one search session. The impact of viewing biased rankings repeatedly over a period of weeks or months would undoubtedly be larger.” 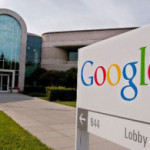 How Epstein can conclude that Google election meddling is being done “perhaps even without its leaders’ knowledge” is a stretch if only because of the presence of Hannon, Dowd and Goff in the Clinton campaign.

Hannon, Dowd and Goff are not small players playing digital ‘Queen Maker’ in their mama’s basements. They are the highly touted cream of the crop in the digital world.

Meanwhile, an Obama-ravaged American public should brace itself.  With Google power out in full force, it is all but inevitable that Hillary Clinton will be sworn in as the 45th US President, ready or not.

LONDONDERRY, N.H.—Parents, educators, and voters expressed concern over the role of the federal government in education during a summit today...