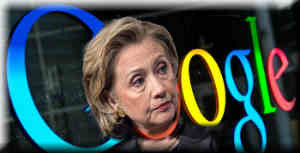 Many of us on the far-right end of the extreme right have taken up chortling and raucous merriment in response to Hillary Clinton’s plunging poll numbers, rising disapproval ratings, legal entanglements, and generally dismal summer.

It’s as though our prayers for divine intervention have finally been answered, and Hillary is thus toast. At 66 and counting, this should be her final foray into fraudulent presidential politics and should rightfully put an end to all that “inevitability” nonsense promulgated by she, her adoring fans in the media, and Hollywood witches with far too much time on their hands.

Still, a word of caution is advisable.

Much has been written lately about how Barack Obama has Hillary by the throat and can dispose of this wretched creature as he sees fit. However, it is worth noting that Clinton is not without combat weapons of her own.

For example, she may be the only living soul, other than The One, who knows exactly where Barack Obama was, and what he was doing, on the evening of September 11, 2012 when the US embassy in Benghazi was attacked by terrorists who killed four US ambassadors.

Where was Obama? What really happened? Was there a cover-up to protect Obama in a presidential election year in which The One declared Al-Quaeda defeated and the war on terror over?

Hillary, although a congenital liar and disreputable scalawag could send Obama and his Legacy Building Team into permanent shock with a few explosive morsels leaked to the media hither and yonder.

She might even know enough to force gutless Republican congress critters into Impeach and Remove mode, thereby crushing Obama’s fairy tale legacy once and for all.

Has Hillary finally been vanquished?

Hope for the best, but do not be surprised if that evil snake strikes again!

In Case You Missed It:  Codon usage analysis shows kraits and king cobras share greatest genetic similarities with SARS-CoV-2â€¦ were venom peptides engineered into the virus payload?
Posted in Freedoms.