by CAROLINE MAY Immigrant-headed households in the U.S. use welfare at a much higher rate than their native-born counterparts and that trend holds true for both new and long-time immigrant residents, according to a new study. 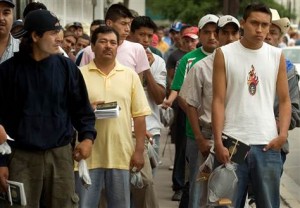 The CIS report analyzed welfare data from the Census Bureau’s Survey of Income and Program Participation (SIPP). Included in the center’s definition of welfare is Medicaid, cash, food, and housing programs.

“If immigration is supposed to benefit the country, then immigrant welfare use should be much lower than native use,” Steven Camarota the CIS’s Director of Research and the report’s author said. “However two decades after welfare reform tried to curtail immigrant welfare use, immigrant households are using most programs at higher rates than natives.”

Camarota noted that the skill and education level of many current immigrants is contributing to their welfare use.

“The low-skill level of many immigrants means that although most work, many also access welfare programs. If we continue to allow large numbers of less-educated immigrants to settle in the country, then immigrant welfare use will remain high,” he added.

While welfare use among both new and old immigrants is high — with 48 percent of immigrants in the U.S. for more than 20 years reporting welfare use — the rates vary based on region of origin.

In Case You Missed It:  The Cost of Riots

The report further highlights that while immigrant-headed households use welfare at a higher rate than natives they also pay taxes at a lower rate.

Other findings in the CIS report include:

In Case You Missed It:  Trump Executive Order Combats Credentialism in Federal Hiring