On Saturday the US Secretary of State made a phone call to his counterpart in Russia and said Russian support for the government of Bashar al-Assad will risk a confrontation with “the anti-ISIL coalition operating in Syria.”

The anti-ISIL or ISIS forces in Syria fighting to overthrow the Syrian government are virtually all jihadi terrorist who have called for the establishment of a Sunni Wahhabist caliphate in the country.

The Saudi and Gulf Emirate funded and US-trained fighters, euphemistically called “rebels” by the US government and the corporate media, have captured much of the country.

In 2013 The Wall Street Journal called for assassinating al-Assad and his family.

In October 2011, after the US and NATO destroyed Libya, resulting in the death of 30,000 Libyans, then Secretary of State Hillary Clinton joked about the brutal murder of deposed Libyan leader Gaddafi at the hands of US-supported mercenaries.

“We came, we saw, he died,” she joked, paraphrasing Caesar.

Russia is attempting to prevent a similar situation from unfolding in Syria.

Following a phone call between Sec. State John Kerry and the Russian Foreign Minister Sergei Lavrov, the State Department said it advised Russia not to defend al-Assad and the Syrian government.

“The secretary made clear that if such reports were accurate, these actions could further escalate the conflict, lead to greater loss of innocent life, increase refugee flows and risk confrontation with the anti-ISIL coalition operating in Syria,” said a spokesman for the State Department.

“We have regularly and repeatedly expressed our concern about Russian military support for the Assad regime,” John Kirby, the State Department spokesman, told The New York Times. “But we’re also watching their actions very carefully. If these reports are borne out, it would represent a very serious shift in the trajectory of the Syria conflict and call into question any Russian commitment to a peaceful settlement.”

“We have already lent serious support to Syria with our equipment, with training soldiers, with our weapons,” Russian president Vladimir Putin said on Friday. “We really want to create some type of international coalition to fight terrorism and extremism.” 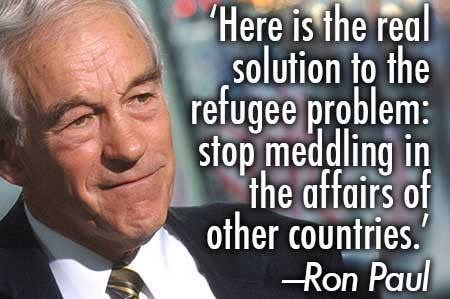 Europe, meet your new Muslim neighbors; the Syrian refugees who aren’t refugees, and aren’t even Syrian

The black market for Syrian passports is booming! Swarms of Muslims from all over North Africa and the Middle East...