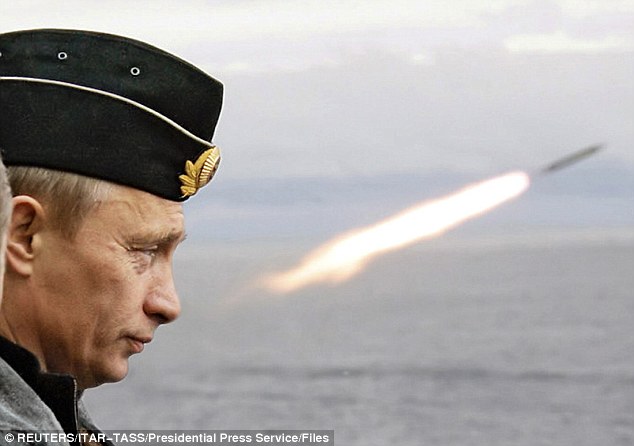 Following Russia setting up an air base in Syria to help the Middle East country in its fight against ISIS, former SAS man-turned novelist Chris Ryan said now is the opportunity to crack the biggest threat to world peace.

He said: “For us to get ISIS would need to have a link up with Syria and the targeting of its strongholds. All the areas along the Anbar Province – between Iraq and Syria – that’s where we need to hit.

“The best idea would be to hit them both sides with Europe and the United States one side and Russia on the other.

Militant, radical  form of Islam is the greatest threat to humanity the world has faced in the 21st century.

Putin said: “Russia really want’s to create some kind of an international coalition to fight terrorism and extremism.”

We need a plan in which Russia, European and American interests in a stabilization of Syria surely align – is the moment for us to put aside recent Cold War rhetoric and once again unite to defeat a common enemy, ISIS and Islamic terrorism.

Seventy years ago, Russia and the West were riven by ideological differences. And yet they came together to defeat Nazism. In our time, the greatest threat to humanity is Islamist in nature, and our failure to defeat it is a direct cause of this refugee crisis.

Putin is prepared to support efforts to defeat ISIS, Here, then, is a golden opportunity. I am not saying Assad is a long-term ally. But ISIS is a threat to humanity right now, we can solve the refugees crisis and the threat of ISIS all together, USA, Europe and Russia.

To mend relations internationally, neutralize the cancer of ISIS, and help the desperate people of Syria and beyond: that is a prize worth fighting for. Putin has shown leadership, the question is if the West is ready to put its differences aside and help Putin fight evil?

Time to pick people Assad, or the ISIS flag flying over Damascus?

The U.S. State Department is trying to block Russian supplies going to Syria’s embattled government despite the risk that collapsing...