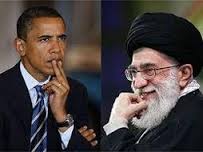 Despite a Senate vote Thursday night giving the green light for the nuclear deal struck between Iran and Western powers, the US may yet block sanctions relief to the Islamic Republic – using America’s own legal system.

On Wednesday night, senators voted 58-42 on ending debate on a resolution of disapproval opposing the deal – Republican leaders needed 60 votes to advance the bill.

However, as one international law expert pointed out late Thursday night, even a full Congressional vote to suspend sanctions may be rendered moot due to a critical ruling which upholds several preconditions for sanctions relief in the first place.

On Wednesday, a D.C. Federal court upheld the right of a House of Congress to file a lawsuit against the Executive branch in the event there is sufficient legal standing to do so, a landmark ruling in House of Representatives v. Burwell.

That ruling gives precedent for Congress to sue US President Barack Obama’s administration for not upholding the terms of a crucial Iran deal law, Professor Eugene Kontorovich of the Washington Post noted late Thursday, and may block sanctions relief entirely.

In May, Congress approved the Corker-Cardin law, which mandates that Congress cannot approve an agreement with Iran unless and until Obama submits the entire text to Congress for a “period of review” of 60 days.

Despite the hype surrounding the current Congressional vote, Obama has not submitted to Congress details on the covert side deals between Iran and the International Atomic Energy Agency (IAEA) – thus both never starting this “period of review” and violating the terms of Corker-Cardin.

Any sanctions relief levied against Iran would thus be unlawful; in practical terms, any Congressional vote at this stage is not legally binding.

Therefore, if sanctions relief were to begin to be implemented without Obama fulfilling those terms, Congress may sue the Executive Branch for illegally superseding Congress’s own legislative power, as well as violating Congress’s Article I power to regulate foreign commerce.

Earlier Thursday, the House of Representatives passed a bill to restart the Congressional review period. But in the event Obama does submit the full details of the agreement, sanctions relief may be postponed by other means, Kontorovich notes.

Several states have legislated their own laws against lifting sanctions against Iran, and – due to Corker-Cardin not being upheld – already-established state laws have more legal force than a moot federal vote.

“To put it differently, state law can’t be preempted by an invalid federal action,” he says. “Indeed, a state Attorney General wishing to promptly challenge the President’s actions can easily do so by finding a company to enforce state sanctions laws against. This would also allow the process to take place in state court.”

The entire process could expose companies which relied heavily on the sanctions relief to conduct business, but then implemented that relief without clarifying whether the federal vote is legally binding, he maintains.

The process could take months to pass through the legal system, impeding full sanctions relief further as the law is clarified.

Arab residents of Jerusalem have tampered their license plates to show a Nazi symbol instead of the flag of the...