After suddenly landing in the path of the biggest migration in Europe for decades, Croatia said on Friday it could no longer offer them refuge and would wave them onwards, challenging the EU to find a policy to receive them. 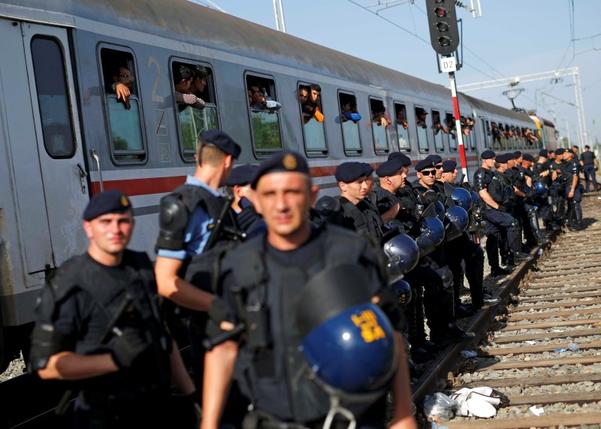 They will get food, water and medical help, and then they can move on. The European Union must know that Croatia will not become a migrant ‘hotspot’. We have hearts, but we also have heads.”

The arrival of 13,000 in the space of 48 hours, many crossing fields and some dodging police, has proved too much for one of the EU’s less prosperous states in a crisis that has divided the 28-nation bloc and left it scrambling to respond.

Croatia, offering one of the few overland routes to Germany that would bypass Hungary, found itself suddenly overwhelmed.

While Zagreb initially made welcoming statements, Milanovic said he had called a session of Croatia’s National Security Council and that it was time to deal with the problem differently. The president has told the military to be ready if called on to help stop the flow of people.

Croatia, the EU’s newest member state, has already closed almost all roads from the border. Interior Minister Ranko Ostojic said if the crisis continued “it is a matter of time” before the border was shut completely, though Milanovic, in his remarks, questioned whether even that would keep migrants out.

Police have rounded up many migrants at the Tovarnik railway station on the Croatian side of the border with Serbia, where several thousand spent the night under open skies.

Some kept traveling and reached tiny Slovenia overnight. Many did so by evading the police and trekking through fields or traveling by train.

Worried by the situation, Slovenia stopped all rail traffic on the main line from Croatia. Slovenia, unlike Croatia, is a member of Europe’s Schengen zone of border-free travel, an important goal for refugees to reach.

Migrants got violent in the Croatian town of Beli Manastir, just over the border from Hungary, angry groups of Afghan and Syrian migrants, waiting for trains to Zagreb, fought with rocks and sticks at a ticket office.

Rocks, smashed bottles and broken sticks littered the ground. A handful of police in ordinary uniforms tried to restore control.

Authorities in Croatia shuttled some of the migrants to reception centers near Zagreb, but many broke away or simply slipped the net of overwhelmed police and set off for the Slovenian border, 30 km (18 miles) from the Croatian capital.

In Slovenia, a police spokeswoman said around 120 migrants had entered from Croatia by 9 a.m., on top of 150 who arrived by train overnight. She said police planned to process them and return any who do not seek asylum in Slovenia.

Slovenian police have stepped up checks in the border area with helicopter and land patrols. The government says it will enforce EU rules that asylum seekers remain in the country where they first enter the bloc, and “illegal immigrants” would be deported. 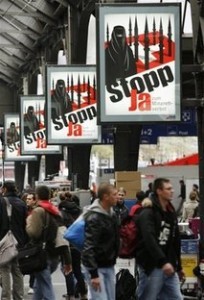 $6.6 billion is just the bill to deal with their arrival. The next bill to sustain them is $690 billion...