Is anyone surprised that Muslim invaders who hate Christians anyway would think nothing of desecrating a Christian cemetery with their trash and garbage?

Taking over a whole train – Macedonia

Fight to get inside of a train like Barbarians

Nostradamus also predicted that a Muslim in the Middle East will rise to invade Europe and bring terror to all humanity, which means he will be a global terrorist and he may be the leader of the coming Islamic empire:

One who the infernal gods of Hannibal
Will cause to be reborn, terror of mankind
Never more horror nor worse of days
In the past than will come to the Romans through Babel. (C2 Q30) 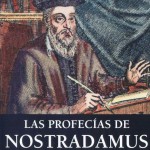