The following article from xandernieuws.punt.nl lays out the case for what Angela Merkel has actually managed to achieve: the victory of East Germany over West Germany. 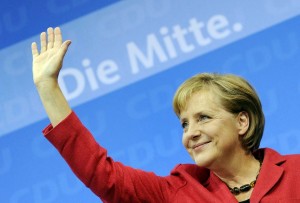 Many thanks to H. Numan for the translation:

Merkel against her fraction: ‘I don’t care whether I’m guilty of the refugee flood’

Thanks to Merkel, East Germany defeated West Germany from the grave: ‘Merkel commits ethnocide on the German people by allowing 15 million Muslims in five years’. In September Bavaria welcomes 135,000 migrants — Nieheim: Germans are evicted because they have to make way for “refugees”.

It’s totally different this time, but apart from Brussels, the biggest threat to the continent comes again from Germany.

German Chancellor Angela Merkel revealed herself in very short time to be the most dangerous European leader since Adolf Hitler. Exaggerated, you say? Read what well-informed sources during a recent CDU/CSU meeting have to say about it: “I don’t care whether or not I’m guilty of the refugee flood. They are here now.”

Some analysts say that Merkel’s DDR past — as a convinced Soviet Socialist and cultural nihilist — caught up with her. However, it is more likely she never gave up that past. Therewith she achieved with shrewd politics what no one thought possible after the fall of the Wall in 1989: From its 26-year-old grave East Germany defeated West Germany.

Merkel commits ethnocide on her own people

The German columnist C. Jahn accuses the chancellor therefore of a real crime against humanity: ethnocide, or a ‘politically controlled destruction of a population by dissolution, assimilation, and loss of culture and language’. The 10 to 15 million Muslims Merkel wants to let loose on Germany during the coming five years will ensure that one out of every four Germans will be Muslim. 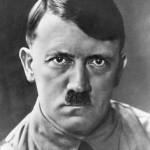 Experiences with second and third generation Muslim migrants teach us that most of them not only refuse to integrate, but become much more radical. That means, according to Cahn, “Germans will have no other choices” and “must assimilate. They will culturally and ethnically be merged, as it appears now, into the much more violent and aggressive Muslim colonists. Only their language will remain for a while, and that will eventually disappear as well.’

‘For her and her political henchmen a monument will be erected. As one can observe already in the streets of Baghdad, Kabul and Mogadishu, where millions carrying pictures of Merkel travel towards Heidelberg, Weimar and Würzburg [3].

Germans are evicted for “refugees”

On the independent financial site DWN it is observed that Angela Merkel works on an ‘unprecedented experiment’ with an ‘unlimited agenda’ by importing millions of Muslims. ‘She is eerily capable of destroying the German economy and justice system permanently.’ That happens for example in Hamburg, where commercial real estate is confiscated to turn into refugee shelters. In Nieheim, Germans were evicted from their own houses to make room for migrants [7]

And come the migrants do. Even despite the temporarily erected border controls. Just in September Bavaria alone opened its gates for 135,000 migrants. That is as much as in the previous eight months put together.[4]

The government in Berlin promised the federal states €670 per refugee per month, which amounts to 4 billion next year. Most commentators expect this amount will have to be multiplied, as the rampant flood of refugees will grow to at least a full million.[6]

‘Germany or nothing’ was what a so called ‘refugee’ family literally demanded in front of Sky News cameras. Indeed, they threatened that ‘otherwise they would go back to their native country’. Would real refugees say something like that? And wouldn’t it be wiser to send those obvious fortune seekers back to where they came from?

The British liberals — how naive can one get?

The leader of the British Liberal-Democrat party gave the astounding commentary that ‘the migrants do not know at all we have such good welfare system, and are only looking for a “liberal” place to live’. With that commentary the left wing liberals showed they are as clueless as their Dutch counterparts D66, who have been proponents of mass migration for years. [5]