The Christians of Iraq and Syria are in dire straits. The doors of Europe are closed to them, because it is bigoted to favor Christians over Muslims, despite the overwhelming evidence that Muslims discriminate against Christians when it comes to gaining access to refuge. The UNHCR is bought and paid for by the Islamic world and it has been hijacked for Dawa and future Jihad. Rescue Christians has done a major investigation and found rampant corruption and discrimination against Christians in the Bangkok office of the UNHCR. Our Rescue Christians division will be filing a major lawsuit against the UNHCR and our complaint contains overwhelming evidence of wrong doing and criminality by several senior managers at the UNHCR along with corrupting influence and criminal intimidation from other countries. We have also uncovered widespread discrimination against Christians in the Western embassies that are based in Muslim countries. The embassies employ local Muslim people to process visa applications and when Christians apply their Visa applications are held back or get thrown in the waste paper basket.

There are nearly 150 Holocaust Museums worldwide, yet the world today behaves in the exact same mode as it did prior and during the Armenian Genocide, as it did during the holocaust of the Jews, as it does now as the Christians of Asia, the Middle East and Africa are being murdered in scales not seen since the murder of the Jews in World War Two.

I write this from my hotel room in Yeravan Armenia, while I am on assignment to meet people here to advance our ability to save thousands more people trapped by their circumstances under the yoke of militant Muslims. Earlier today in Yeravan the capitol of Armenia I visited one of the very few museums dedicated to the Armenian genocide. What was the most shocking was what the Ottoman Turks did was to give a blue print to the Nazis on how to carry out their holocaust. Hitler and his henchmen copied every aspect on how the Turks murdered the Armenians, with cattle car transport, concentration/work camps, starvation and forced marches. The only thing the Nazis did different was they added the gas chambers, which allowed them to murder about 400% more people. Let us also not forget that Hitler admired Islam and the Nuremburg laws that discriminated against Jews. These laws were based totally on the “Dhimmi” laws, introduced by Omar the third Calipha of Islam.

The Armenians suffered the first holocaust of the 20th century but their history of persecution at the hands of the “peaceful religion” was preceded by centuries of atrocities which culminated with the Armenian genocide when three million Christians were murdered with at least one and half million being Armenian, seven hundred thousand were Chaldeans and about five hundred thousand Greek orthodox. In themassacre of Smyrna during World War One American and British ships stood by and did nothing to either help the victims or intervene, this enabled the Turks to murder one hundred and fifty thousand men, women and children. This is one of the most shameful events of apathy from the beacon of the free world. Well the same apathy of America and Great Britain in World War 2 is repeating itself right in front of our noses today. 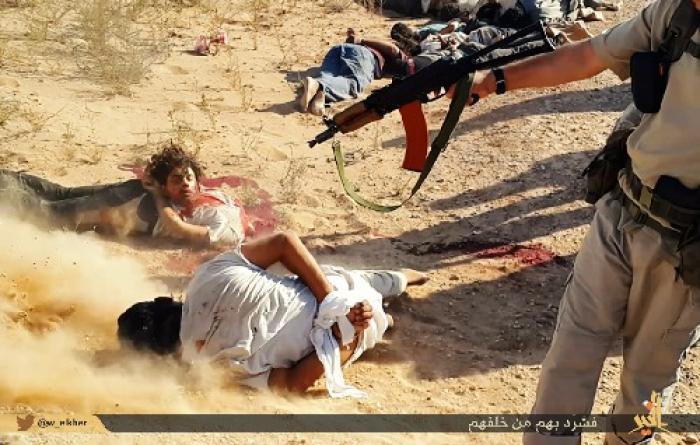 The truth is that Christians are the ones being discriminated by Muslims and the Muslims use the pathetic politically correct cowardly Western politicians. The Muslims use their expertise in propaganda to deliver Jihadists disguised as refugees. The recent major “refugee” influx into Europe contains 72% single males between the ages of eighteen and thirty as well as 82% are not even from Syria but are from Bangladesh, Pakistan and Afghanistan.

President Obama refuses to allow Christians direct access to America and insists on the problem only being dealt with by the UNHCR, which we have shown above as part of the problem and not the solution.

Our sister organization is working to open doors for the Christians stuck in Syria and Iraq. Armenia is a key destination as if you are Armenian you can go to Armenia the same way Jews can go to live in Israel under their law of return. There are still nearly thirty thousand Armenian Christians stuck in Syria and Iraq needing immediate evacuation. The one problem is that Armenia is a poor country with limited job opportunities so that is where Rescue Christians hope to fill the void by working with local churches and individuals, along with financial resources to create opportunities so people can go and live safely with the self-respect of a job and not being dependent on charity for the rest of their lives. This is why I am in Armenia as I write this article.

If you can help us please make a donation here so Christians who are now in life threatening situations can start living in freedom and self-respect.

"Berlin - A food queue fight in an overcrowded German refugee centre this week escalated into a mass brawl pitting...