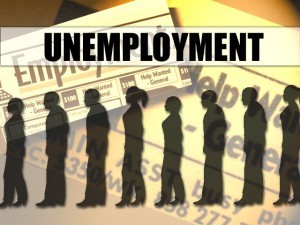 TRUMP: In terms of income inequality, we’re going to create a lot of jobs. You know, right now we have a false [unemployment rate] 5.4%, 5.3%, 5.6%, every month it is different. It is such a phony number. Because when people look and look and look and then they give up looking for a job, they’re taken off the rolls so the number isn’t reflective.

I’ve seen numbers like 24%. I actually saw a number of 42% unemployment.

And you can’t get the job.

Essentially for statistical purposes, you are considered employed.

So then I read every time it comes out, I hear, “5.3% unemployment.” That is the biggest joke there is in this country.

That number is so false.

You know, people ask, how come Trump is doing so well? And Carson and others. How come they’re doing — you know why they’re doing well?

The unemployment rate is probably 20%.

There’s anger out there at the job picture. Now, one other thing. With that being said, China, Japan, Mexico, Brazil, these countries are all taking our jobs.

By Doug Hagmann It was precisely three years ago when I wrote that World War III will begin in Syria....