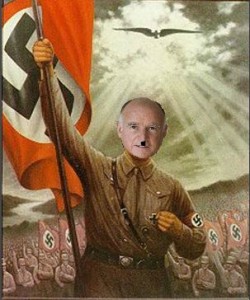 Not content with mandating vaccines for every school child in California, the state government also means to require, for now, seven vaccines (including TDap, MMR, and Flu) for adults who have contact with school children. SB792 mandates the vaccines for all workers and volunteer parents at daycare facilities and preschools, including head start, early childhood centers, private school nurseries and after school programs, without personal belief exemptions. The required vaccines will be a condition of employment. (Read more here.)

But it is not just personal beliefs of ethics (vaccines made from aborted fetal cells) and religion that motivate some Americans to eschew vaccination for themselves and their children. There are also legitimate health considerations — concerns that find new legitimacy in an admission by the federal government’s Centers for Disease Control and Prevention (CDC) that for 8 years, from 1955 to 1963, more than 98 million Americans received polio vaccines that had been contaminated with a cancer-causing virus, Simian vacuolating virus 40 (SV40).

IWB reports for Investment Watch Blog, Aug. 31, 2015, that it is estimated that 10-30 million Americans could have received an SV40-contaminated dose of the polio vaccine.

The CDC quickly took down the page, along with Google, containing its admission — but not before the page was cached and saved.

Below is the cached CDC page (I painted a red box around the admission). Click here forthe link to the cached page for you to verify for yourself.

Dr. Michele Carbone, Professor and former Director of the Thoracic Oncology Program at University of Hawaii Cancer Center, has isolated fragments of the SV-40 virus in human bone cancers and in a lethal form of lung cancer called mesothelioma. He found SV-40 in 33% of the osteosarcoma bone cancers studied, in 40% of other bone cancers, and in 60% of the mesotheliomas lung cancers.

Dr. Carbone has also said that HIV/AIDS was spread by the hepatitis B vaccine produced by Merck & Co. during the early 1970s.

There is a movement for a referendum against SB 277 in California, which seeks to allow personal belief exemption from mandatory vaccines for school children. Go here for more information.

Dr. Eowyn’s post first appeared at Fellowship of the Minds.

In Case You Missed It:  SURVEY: The fully vaccinated believe every lie about Russia and Ukraine, fully support wartime escalations
Posted in Freedoms and tagged California, Communism, Health And Human Services, jerry, Liberalism.

More than 100 migrants stormed the Channel Tunnel early Saturday, penetrating a third of the way through and attacking staff...