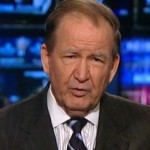 Having established a base on the Syrian coast, Vladimir Putin last week began air strikes on ISIS and other rebel forces seeking to overthrow Bashar Assad.

A longtime ally of Syria, Russia wants to preserve its toehold on the Mediterranean, help Assad repel the threat, and keep the Islamic terrorists out of Damascus.

Russia is also fearful that the fall of Assad would free up the Chechen terrorists in Syria to return to Russia.

In intervening to save Assad, Putin is doing exactly what we are doing to save our imperiled allies in Baghdad and Kabul.

Yet Putin’s intervention has ignited an almost berserk reaction.

John McCain has called for sending the Free Syrian Army surface-to-air missiles to bring down Russian planes. Not only could this lead to a U.S.-Russia clash, but U.S.-backed Syrian rebels have a record of 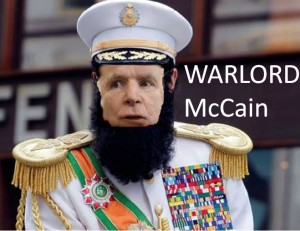 transferring weapons to the al-Qaida affiliate.

The end result of McCain’s initiative, sending Stingers to Syria, could be airliners blown out of the sky across the Middle East.

“Mr. Obama could make Mr. Putin pay a price. … In Syria the U.S. could set up a no-fly zone to create a safe haven for refugees against … Mr. Assad’s barrel bombs. He could say U.S. planes will fly wherever they want, and if one is attacked the U.S. will respond in kind.”

U.S.-Russian dogfights over Syria are just fine with the Journal.

Has the War Party thought this through?

Establishing a no-fly zone over Syria, which means shooting down Syrian fighter-bombers and helicopters, is an act of war. But when did Congress authorize the president to go to war with Syria?

When last Obama requested such authority — in 2013, when chemical weapons were used — the American people arose as one to say no to U.S. intervention. Congress backed away without even voting.

Unprovoked air strikes on Syrian government forces would represent an unauthorized and unconstitutional American war. Does the Party of the Constitution no longer care about the Constitution?

Is a Republican Congress really willing to give Barack Obama a blank check to take us to war with Syria, should he choose to do so?

To Damascus this would mean the Americans have committed to the defeat of their armed forces and downfall of their regime. 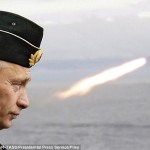 The Syrians would fight — and not only the Syrian army. For Russia, Hezbollah and Iran are all allied to the Damascus regime, as all believe they have a vital interest in its survival.

How would Russia, Iran and Hezbollah respond to U.S. air strikes on their ally? Would they pack it in and leave? Is that our experience with these folks?

Today, the U.S. is conducting strikes on ISIS, and the al-Qaida affiliate. But if we begin to attack the Syrian army or air force, we will be in a new war where the entire Shiite Crescent of Iran, Baghdad, Damascus and Hezbollah, backed by Russia, will be on the other side.

We will have taken the Sunni side in the Sunni-Shiite sectarian long war.

How long such a war would last, and how it would end, no one knows.

Whatever one thinks of Putin’s policy in Syria, at least it makes sense. He is supporting an ally, the Assad regime, against its enemies, who seek to overthrow that regime.

It is U.S. policy in Syria that makes no sense.

We train rebels at immense cost to fight Assad, who cannot or will not fight. We attack ISIS, which also seeks to bring down the Assad regime. And we, too, want to bring down Assad.

Who do we think will rise if Assad falls?

Do we have a “government in a box” that we think we can fly to Damascus and put into power if the Syrian army collapses, the regime falls and ISIS approaches the capital?

Have we forgotten the lesson of “Animal Farm”? When the animals revolt and take over the farm, the pigs wind up in charge.

For months, Sen. Tim Kaine of Virginia has called on Congress to debate and decide before we launch any new war in the Middle East.

One wishes him well. For it is obvious that the same blockheads who told us that if the Taliban and Saddam and Gadhafi fell, liberal democracy would arise and flourish, are now clamoring for another American war in Syria to bring down Assad.

And who says stay out? Donald Trump and Bernie Sanders, both of whom also opposed the U.S. invasion of Iraq.

There is something to be said for outsiders.

The BBC on Sunday admitted that its initial headline on Saturday’s stabbing attack in Jerusalem was wrong, but refused to...